Our Changing World for Thursday 27 October 2011

Laura Morgan (left) and Bridget Evans (right) at the Kohi Scenic Reserve lookout above Whakatane - kiwi live in the bush behind (images: A. Ballance)

In 1999 four pairs of eastern North Island brown kiwi were discovered living in bush reserves behind Ohope Beach in the Bay of Plenty, and community pressure to do something to save the rare birds led to the creation of the Whakatane Kiwi Project. The project combines the forces of the Whakatane Kiwi Trust, Whakatane Disctrict Council, Bay of Plenty Regional Council, Department of Conservation and the BNZ Save the Kiwi Trust’s Operation Nest Egg.

Over the last 12 years the kiwi population has gone from strength to strength: more than 150 chicks have been reared in captivity as part of Operation Nest Egg and released around Whakatane. A keen group of volunteers run stoat trapping lines in the local reserves, while contractors lay rat and possum poison. From this year the young kiwi chicks will be left in the wild, as it is thought that the trapping and poisoning programme is removing most predators.

Alison Ballance joins Department of Conservation’s Bridget Evans on a tour of kiwi habitat in and around Whakatane, and along the way she meets local resident Barbara Cass, Whakatane Kiwi Trust administrator Laura Morgan, and young kiwi enthusiasts Rhiley and Kelsey Palmer.

Rhiley Palmer (left) and Kelsey Palmer (right) with Whale - Moutohora Island in the background, which is home to some of the Whakatane Kiwi Project kiwi; kiwi in Whakatane are found in close proximity with suburbia (images: A. Ballance) 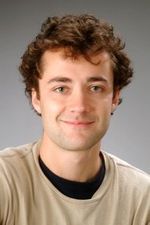 While single-wall carbon nanotubes are synthesized routinely in labs around the world, scientists are still unclear about what controls the structure and diameter of nanotubes as they grow. As part of his PhD at Victoria University, IRL’s Dmitri Schebarchov has created a simple model which neatly explains why the diameter of carbon nanotubes appear to be almost, but not quite, the same as the catalyst particles on which they are grown.

Published in the journal Physical Review Letters, the computer model describes the transition as a graphene cap “lifts-off” from the surface of a metal catalyst particle to form a carbon nanotube (see image above), and indicates that scientists could gain better control of the structures of carbon nanotubes, if they “tune” the composition of the catalysts that the nanotubes are grown on.

Modified Zeolite and Phosphorus in Lakes

Excess phosphorus in the Rotorua lakes is one factor leading to eutrophication and algal blooms. Alison Ballance meets Robert Lei from Scion, who explains how the volcanic mineral zeolite - used in products such as pet litter because of its very absorbent properties - can be chemically modified to absorb phosphorus. The modified zeolite is applied to the lake surface, and sinks to the bottom where it forms a sediment cap that absorbs phosphorus and prevents it cycling through the lake waters. It is licenced in New Zealand by Blue Pacific Minerals and marketed as Aqual-P.

GNS Science, in association with NIWA, carries out natural hazard monitoring in New Zealand for, among other things, earthquakes, tsunamis and volcanoes. The volcanic hazard monitoring programme runs a network of monitoring stations, particularly in the Taupo Volcanic Zone. Alison Ballance joins volcanologist Brad Scott in the Waimangu geothermal valley near Rotorua, which is one monitoring site, to find out what information is collected and what it can tell us about the likelihood of volcanic activity, especially eruptions. 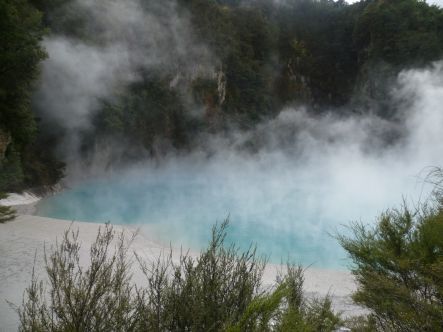