Our Changing World for Thursday 24 September 2009

Massey University is home to a hospital with a difference. Its patients range from albatrosses with a 2 metre-plus wing span to pukeko and kiwi. The New Zealand Wildlife Health Centre, which is part of Massey's vet hospital, specialises in treating native wildlife, and as vet Kerri Morgan explains to Alison Ballance the Centre's work is very varied, and often rather challenging, ranging from treating individual animals to research and oiled wildlife response. 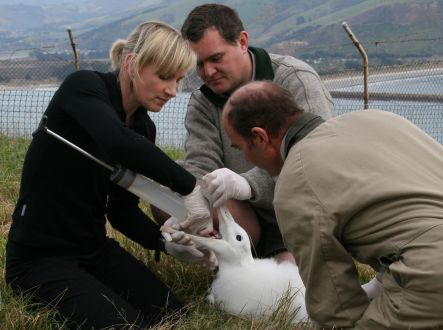 Booster Broccoli is the first product in a new range of so-called "super" vegetables and contains high levels of glucosinolates. This is a class of compounds, some of which - in particular sulforaphane - are thought to have anti-cancer properties. In August, Booster Broccoli was launched in Australia, and although it won't be available in New Zealand for about another year, Prime Minister John Key tried some of the broccoli while he was in Melbourne at the Australian Synchrotron.

Plant and Food Research is one of the collaborators in the Vital Vegetables partnership and Ruth Beran meets with Julian Heyes (above right), Phillip West, Shiju Nair and Marian McKenzie (above left) to find out what is in the broccoli and how the compounds are analysed.

With a 216 metre circumference, the Australian Synchrotron (above) is the largest single piece of scientific equipment in the southern hemisphere, and the New Zealand scientific community was one of its founding investors with AUD$5 million and has committed to further funding.

The Synchrotron's head of science, Ian Gentle (above) has been running workshops with scientists to plan the future of this massive facility, with the final stop on the road show being Wellington. Marian McKenzie from Plant and Food Research was one of the attendees and earlier this year, she traveled to Melbourne to use the Synchrotron for the first time. She explains how she used the Synchrotron's intense light to test broccoli for selenium uptake. 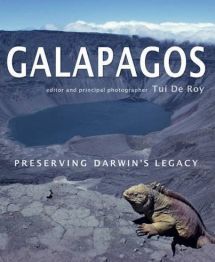 While Darwin was one of the first scientists to visit the Galapagos, these days the islands and their remarkable wildlife draw scientists from around the world, and their research offers surprising insights into the natural world. New Zealand-based wildlife photographer Tui de Roy is editor and principal photographer of a new book 'Galapagos - Preserving Darwin's Legacy', which contains 28 essays written by leading experts and scientists about research and conservation in the Galapagos Islands. It is published in New Zealand by David Bateman.