7:12 The supermarket where you pay what you can

Ronni Kahn is the brains behind 'OzHarvest'. Its aim is to prevent food waste. All food is "recycled"; produce which would otherwise have gone to the dump. Punters pay what they can and take what they need. 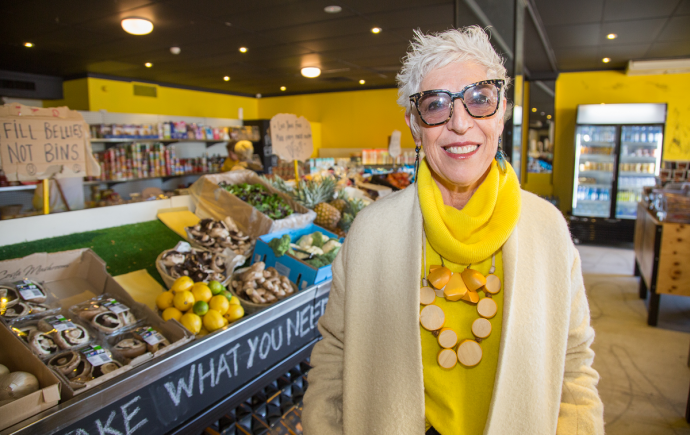 After 15 years with the NZTrio, founding member violinist Justine Cormack is leaving. The three players began the trio as a professional group to perform, tour, record and champion New Zealand music.  Justine, along with cellist Ashley Brown and pianist Sarah Watkins reflect on their time together, and how NZTrio plans to evolve.

Our poison professor - toxicologist Dr. Leo Schep tests for substances taken internally or applied externally that are injurious to health or dangerous to life...

Window on the world tonight is a BBC World Srvice documentary from  Colombia - a South American country that has been torn by armed struggle between various groups for more than 50 years.

The latest peace deal may spell an end to the fighting, but around 15,000 military veterans are living with the personal consequences of a barbaric war where land-mines were in common use.

This week on Insight, RNZ's police reporter Carla Penman looks at why methamphetamine is so cheap and more readily available than ever before, and asks what the police, and gangs, are doing to tackle the problem.

Next week, RNZ Northland reporter, Lois Williams continues Insight's investigation into the country's P epidemic, by exploring how it's breaking up families, piling the pressure on schools, mental health workers, police and rehab clinics and what's being done to try and repair the damage.

On this week's show Mark spins blues from John Lee Hooker and Etta James, alt.country from Sturgill Simpson, the Felice Brothers and the Handsome Family, jazz from Miles Davis and a spot of reggae from Desmond Dekker. There's also a track from Wairarapa local J Greg Bailey and a tune from Neutral Milk Hotel's classic In The Aeroplane Over The Sea.