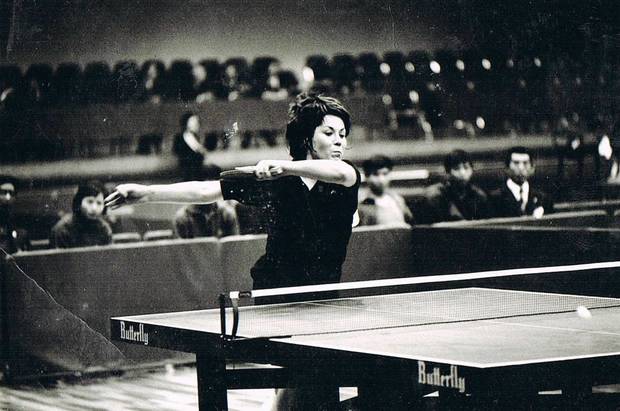 7:12 Our Own Odysseys - Ping Pong Diplomacy
NZ Table Tennis Champion Yvonne Fogarty visited China in the 1970s during the Cultural Revolution, and this fascinating tale allowed her writer husband Tony Eyre to recently win them an all expenses trip to Shanghai.

8:12 Nights' Pundit - Mathematics
Making the numbers add up is Dr. Dillon Mayhew from Victoria University's School of Mathematics, Statistics and Operations Research. Tonight he's looking at a recent discovery based on the game SET.

8:30 Window on the World
No Man's Land - A fierce drought in Oklahoma's 'No Man's Land' - a region that was the heart of the 1930s Dust Bowl - stirs up dust storms, memories and myths. In this parched terrain of ghost towns and abandoned ranches, the wells are running dry, but the stories continue to flow. Storytelling spins out of the landscape itself. Millard Fowler (who has sadly died since being recorded) was 102 years old, and remembers the 'Dirty Thirties', when relentless winds scooped up the topsoil and rolled it through the town in billowing black clouds, turning day to night.

9:07 Tuesday Feature
20 Years Out - Our Tuesday Feature recalls the passage of the Homosexual Law Reform Bill in New Zealand 30 years ago, with a rich collection of rare archival material and personal reflection. More than just affecting the gay community, the debate quickly broadened into the issue of human rights in New Zealand, the fight for equality and the struggle against discrimination.

11:07  WOMAD 2016
Episode 2: St Germain - Tonight's concert recorded at WOMAD features a live performance from French musician and producer Ludovic Navarre aka St Germain. Although he has played in New Zealand before, this is the first time he has played Womad. Navarre has brought with him a band that features 2 Malian musicians performing on the West African 21 stringed harp called the Kora and also the N'goni, the precurser to the American banjo. The concert features music from St Germain's new self titled album as well as compositions from his previous million seller 'Tourist'.