This week on Mediawatch Midweek Jeremy Rose talks to Emile Donovan about the unmasking of an anonymous Russian social media commentator - who's been called the most important journalist in the country; the power of a signature - Milo vs Mirena; and media clashes with the alt-right.

The power of a signature: Milo vs Mirena

This week a story about Nestle's decision to revert to its original recipe for Milo was, predictably, picked up by all the main media outlets. It had all of the ingredients that get people talking: a well known household brand, a multi-national messing with the product, and a Facebook petition with thousands of signatures and outraged comments.

But as an excellent story by Stuff reporter Felix Desmarais revealed, last weekend,  there are literally dozens of petitions on the Parliamentary website attracting thousands of signatures that rarely rate a mention in the media. In the article, titled 'Democracy, Freedom and friction. How does a petition work?', Desmarais highlights the case of a petition for the long-acting contraceptive Mirena to be fully funded. To date it's received more than 4000 signatures - but very little media attention. 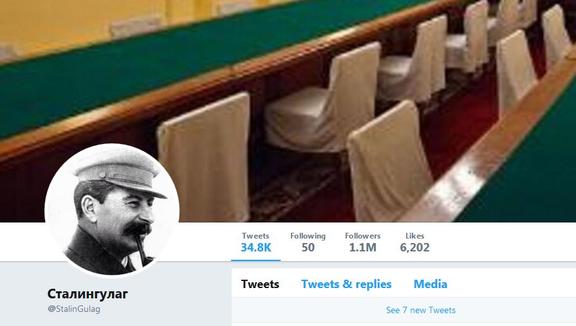 He's been called "the most important political columnist in Russia" by a leading opposition politician - but until last week the identity of the social media commentator was a secret. Now the BBC and other new outlets have revealed the blogger is Alexander Gorbunov - a lawyer with spinal muscular atrophy who uses his right index finger to type.

His main outlet is Telegram - a Russian social media outlet popular with many dissidents in Russia and other authoritarian nations because of the anonymity it provides.

Here's a taste of what he posts:

It's a fascinating story and shows the important role that social media can play in holding the powerful to account.

We are a nation with a tradition of reining in monopolies, no matter how well intentioned the leaders of these companies may be. Mark Zuckerberg's  power is unprecedented and un-American.

Strong words in anyone's book but when they appear in a New York Times op-ed by Facebook co-founder Chris Hughes it's a sure sign that momentum to regulate social media is building.

Hughes is convinced the dominance of Facebook and Mark Zuckerberg's complete control of the algorithms behind it are subverting democracy. "There is no precedent for his ability to monitor, organize and even censor the conversations of two billion people."

Journalists diving into the Internet's cesspit

If Facebook is a threat to democracy because of the concentrated power of its billionaire owners - then the likes of 8Chan pose a threat because of their ability to radicalise relatively powerless - but potentially deadly: angry, young white men.

A number of journalists have dived into the cesspit that is 8chan since the Christchurch mosque gunman posted is so-called manifesto to the site.

The Sunday before last an RNZ Insight programme by Max Towle interviewed the site's founder Fredrick Brennan. It's a depressing listen. Lonely, alienated and at best amoral, the site's founder is worth having a listen too. Brennan sold it to its current owner Jim Watkins - who remains unapologetic for the Christchurch gunman's use of 8chan.

This week an investigation claimed that 8Chan is largely funded through Watkins use of Amazon to sell books and videos he publishes and heavily promotes on 8Chan. His Goldwater site features  videos of scantily clad Filipino women reading out pro Donald Trump news.

And Patrick Gower also took at a look at  8Chan issue this as part of his Because it Matters series on white supremacy in New Zealand. Viewers got to see him going on the site - the URL was obscured - and wade his way through some white power crap. Rather him than me.

Patrick Gower did something of a mea culpa on the Project for his interview with the alt-right Canadian provocateurs Stefan Molyneux and Lauren Southern last September saying he hadn't prepared properly for the interview. Then he offered to make amends: "I'll tell you another thing. I'm ready for another go with Stefan Molyneux and Lauren Southern."

Jesse Mulligan responded: "I'd pay to see that." It had the feel of someone looking forward to a prize fight. And like prize fighters the likes of Southern and Molyneux know that getting in the ring is all that really counts - there's rarely a knockout punch and even the loser walks away with some of the purse: and the admiration of some of the crowd.

They've got nothing to lose and plenty gain by going another round.

Molyneux and Southern are complete non-entities in New Zealand. They have no original ideas, they don't represent any particular interest groups - why would anyone offer them more time on New Zealand television screens? The last time Patrick Gower gave it a shot - it went viral for all the wrong reasons.

Patrick Gower isn't the only media personality wanting a re-match. Ben Shapiro - a rightwing US pundit with over 2 million Twitter followers 600,000 YouTube followers had a much reported interview with the BBC's Andrew Neil earlier this week.

Shapiro - who is well known for racist comments like: “Arabs like to bomb crap and live in open sewage" - walked out of the combative interview but the next day had second thoughts - apologising and saying he had been "destroyed" in the interview. And he tweeted:  "Neil 1 Shapiro 0."

The clear implication being that there could be a re-match. But as entertaining as many people found the encounter there was nothing substantive discussed and there's no reason to think a re-match would be any different.