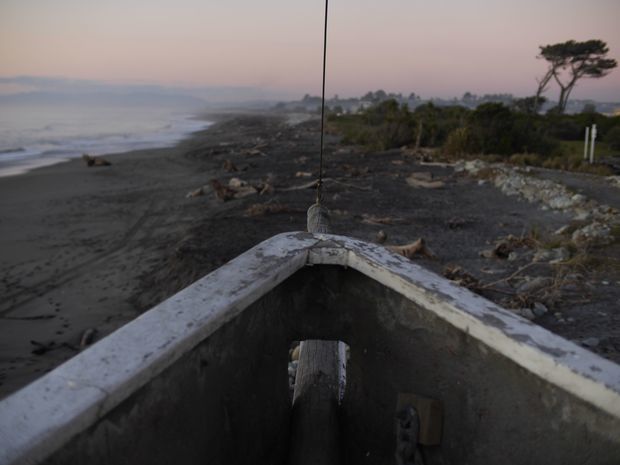 John Knight reckons he's shot and killed thousands animals during his hunting career. He spent much of it deer culling from helicopters on the West Coast but called it a day after being involved in an accident while hunting near Karamea.

After he had recovered from the injuries sustained in the helicopter accident, he bought a boat in Napier and went deep sea fishing but due to personal tragedy the business was sold and John travelled the world.

After a few years he returned to New Zealand and went back to the West Coast where he now lives a self-sufficient lifestyle and works a black sand gold claim on beach near Harihari.

The 74 year-old says "I learnt a long time ago that when you retire you can do what like but you'll probably die within a few years unless you have a hobby or an interest, so I took up gold!" 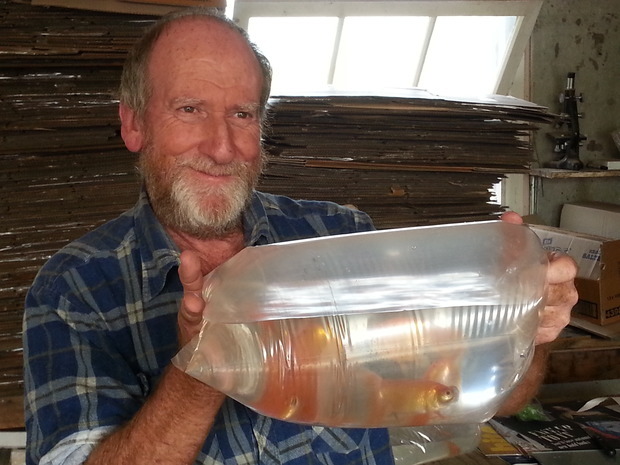 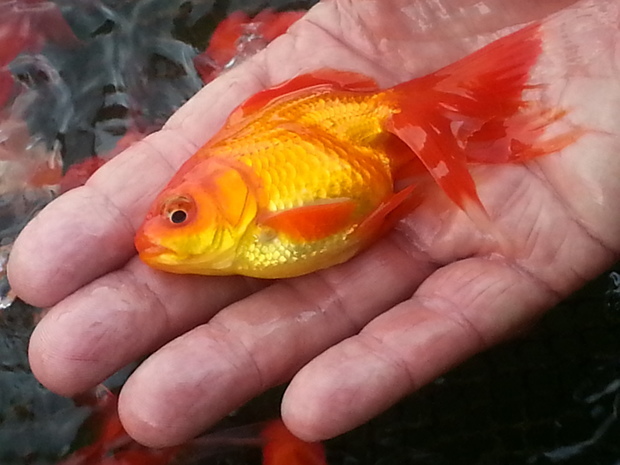 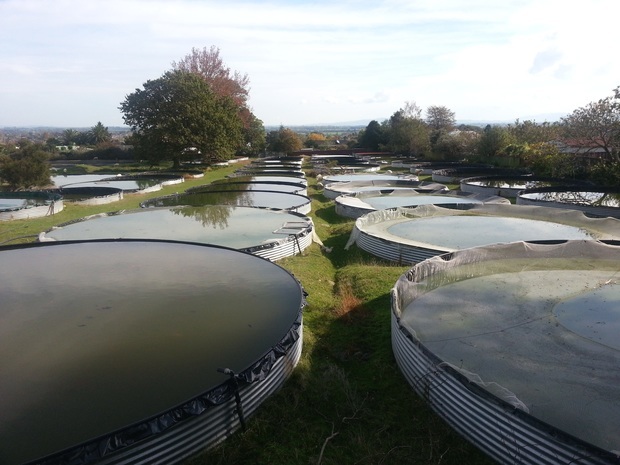 Even the man who breeds them can't believe how many goldfish New Zealanders buy.

His farm puts between 200-thousand and 400-thousand goldfish onto the market  each year.

Murray says a there are 196 different types of goldfish in the world and he grows 27 varieties. Goldfish cannot be imported in to New Zealand.

They're couriered around the country in plastic bags half filled with water and with oxygen added. They are sent to pet shops, veterinary clinics, garden centres and to businesses that rent aquariums to dentists, lawyers and other professionals for their waiting rooms.

Murray says the number of Asian immigrants to New Zealand has also been good for his business. He says they bring with them a love of goldfish.

"It's caused us to raise our standards because most people from Asia have a very discerning eye when it comes to goldfish."

The goldfish are bred and raised in ponds containing 18 million litres of water on 6 hectares of land at the foot of Mount Te Aroha.

Nets are put over some of the tanks but that hasn't stopped a local hawk, starlings and blackbirds from trying their luck.

And while the farm has a rural and mountain outlook it's bordered by 23 houses.

"I'd vow and declare that every neighbour has got 12 cats." Murray says  "On occasional nights that I come in having a look around and I'm shining the torch and here's all these cats eyes looking at me and I counted 26 cats one night ...so it's party time at the goldfish farm most nights by the looks of things." 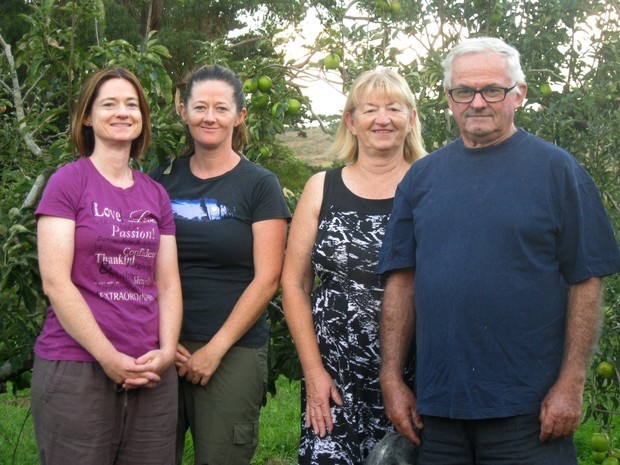 Tammy, Nicole, Marion and John Wooster in their Orira Orchard. 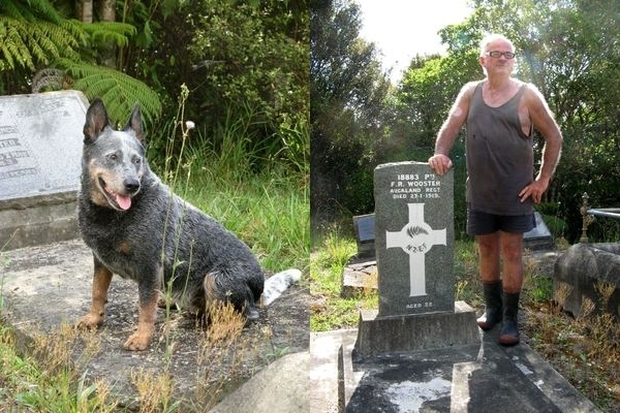 Left: One of John’s Blue Heeler dogs. Right: John Wooster beside Frank Wooster’s grave, who died in 1919 from wounds received at Passchendaele.

He's proud of his attire and he's proud of his heritage. His great-grandfather arrived in the district in 1902, purchasing the block of land site unseen, from America. He'd read an advertisement in the  Washington Evening Post and thought New Zealand sounded great.

World War One brought sadness to the family with the only son of fighting age, coming home injured after a German snipper hit him at Passchendaele.  He died from those injuries in 1919, but instant death was probably avoided by the bullet hitting a bible, card and photo of his baby brother which he had in his top pocket.

These days fourth generation John Wooster has a very mixed orchard on the land. "If it has fruit on it, I grow it. I have twenty of this tree, ten of that tree."

He and his wife Marion sell the fruit and preserves at the Kerikeri Farmers' Market, and both daughters, Tammy and Nicole, also hope to be back full time on the orchard one day. Quite a change from a decade ago, before the market, when they considered pulling out of orcharding altogether.