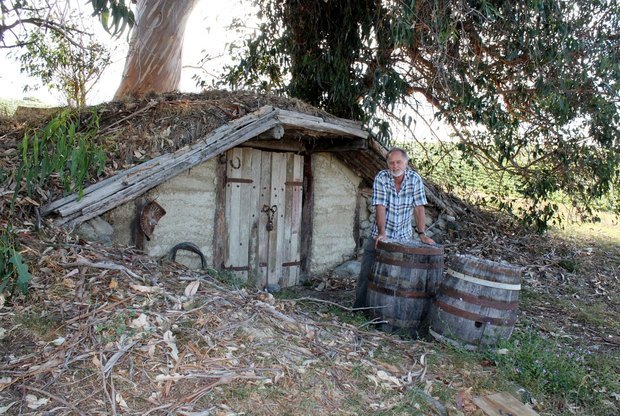 Auntsfield Estate is the home of Marlborough's first colonial vineyard and winery. The original vineyard was established in 1873 by David Herd who made wine for over 50 years before the property reverted to sheep farming. When Graeme (above) and Linda Cowley first bought the property there was no sign of grapes. It wasn't until they began researching the history of the land that they realised they'd just purchased a pioneering vineyard. 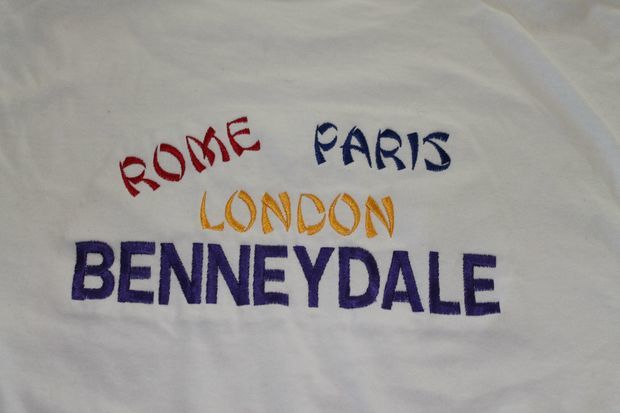 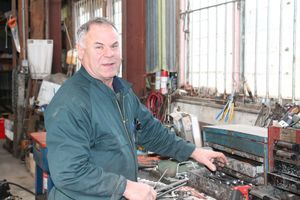 Mechanic Brian Isaacs has lived in the town all his life. 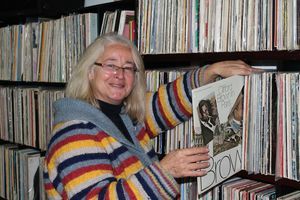 Monica Louis has made her home in Benneydale. 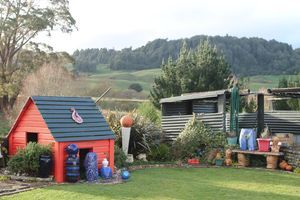 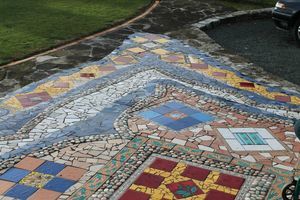 Isabelle Isaaco aims to live her life through art.

Gary Howe's motorbike cost four times as much as his house.

He paid just $8,000 for his home in the northern King Country town of Benneydale. And it came with the section next door.

The house was, however, burnt out and Gary has been working for 18 months to rebuild it.

Gary moved to Benneydale after living 30 years in Rotorua. He'd been riding around the country on his motorbike looking for the perfect spot to live for four years.

He says he's found it.

"I love it. It's the best thing that's ever happened. The people are friendly. They're helpful. They just come down and 'what can I do to help you' sort of thing. They're amazing people."

Gary was a project manager for a building company but says he became ground down and needed the peace and quiet Benneydale offers.

He says he's never been busier. He does some work at the local freezing works and spends much of his time showing people living in the town how they can fix their homes without spending large amounts of money.

"It's good because someone comes up and says 'I've got a broken window', so you go down there and you fix it and the next thing you know you've got the daughter beside you with a hammer and giving you a hand....So I spend a lot of time teaching the little fellas.

Gary is one of a number former urbanites who are making a new life in Benneydale.

"Even though we haven't got a lot of  money, we're probably living better than we ever did in the cities," he says. 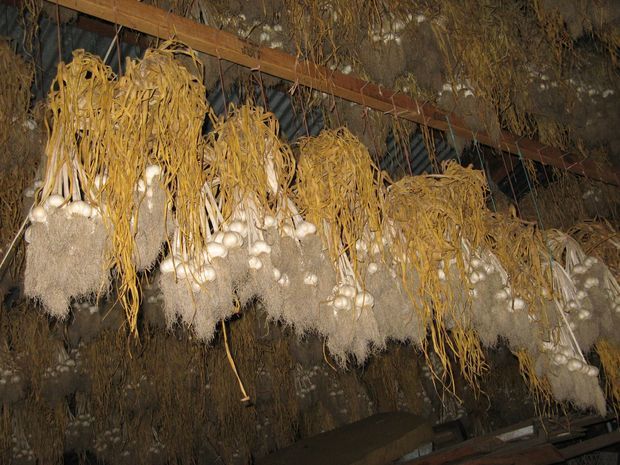 Garlic drying from the roof of the packing shed. 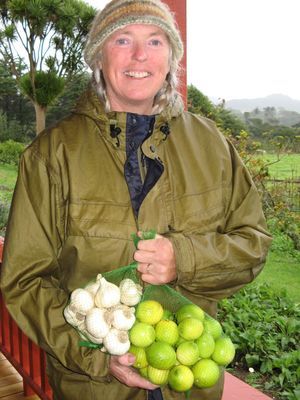 Claire Belcik with her garlic and limes 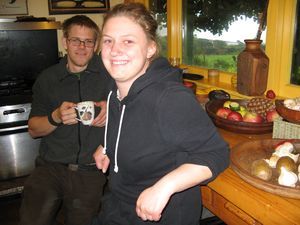 Claire Belcik grows some of the best garlic you could hope to see on her Torere Bay property in Eastern Bay of Plenty. She also grows beautiful limes and many other crops.

The garlic and limes go to wholesale outlets, health food shops and a Remuera supermarket, but any surplus produce ends up o her summertime roadside stall in Opotiki.

Great care is taken preparing the garlic beds two years ahead of being needed. She plants the variety "Takahui"  by the phase of the moon rather than planting on the shortest day and harvesting on the longest as many people do.

"I harvest on a new moon and plant on a descending one. It helps the bulbs. This year I'll plant in early July."

Beautiful bunches hang from the ceiling of the packing shed between January and about May when she starts selling the crop.

Woofers, willing workers on organic farms, help get the product ready for sale. "We don't rely heavily on them, but it's nice, we live in the country, love international people and their company and it's nice to have a little bit of help. But most of the time it's Mike, me and the family."