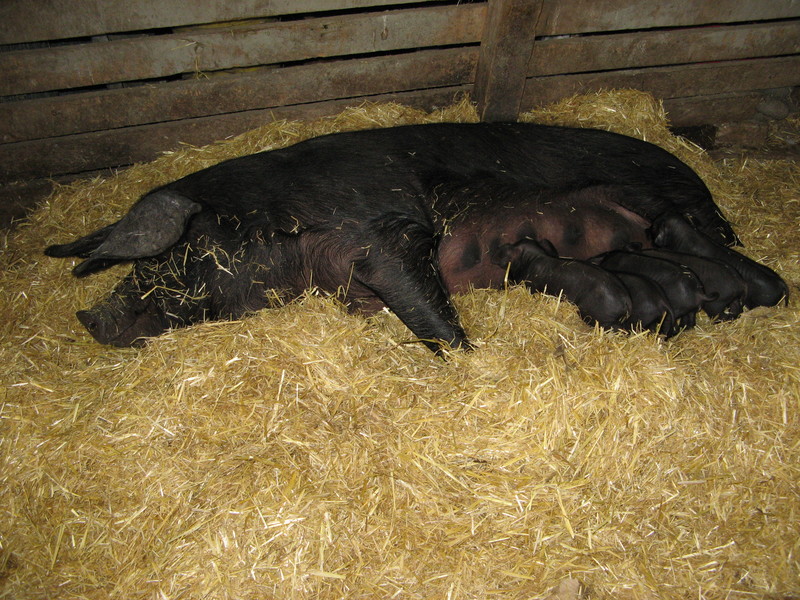 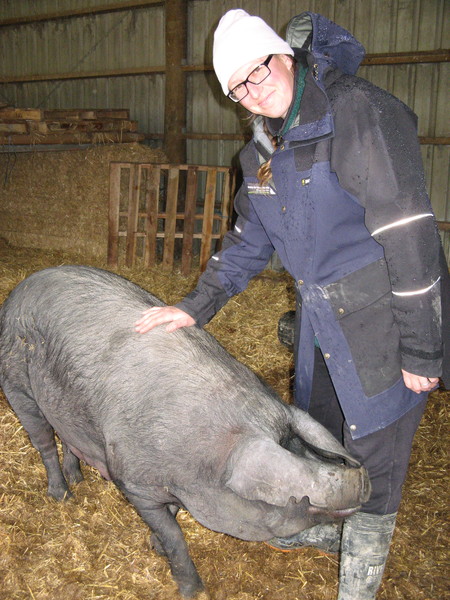 Naya with a Large Black 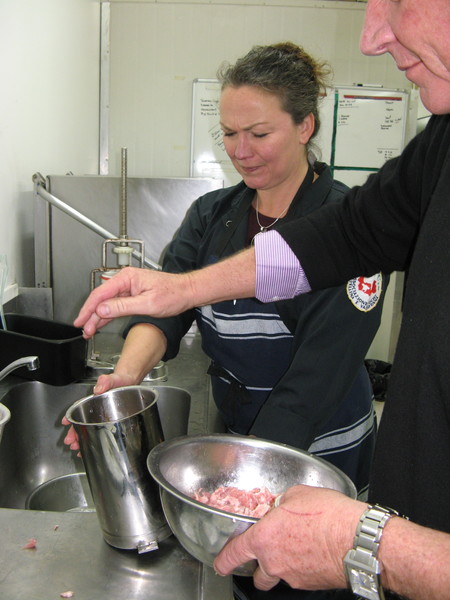 Sausage Making with The Prodigal Daughter 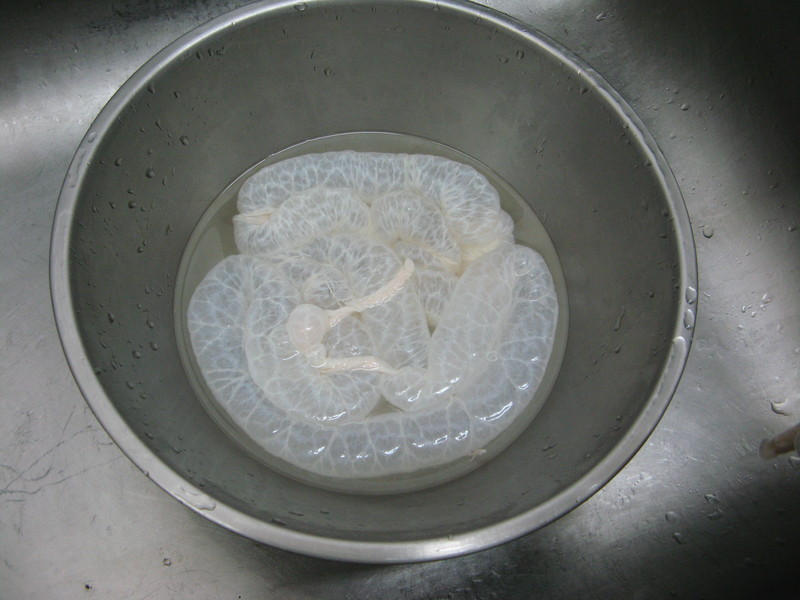 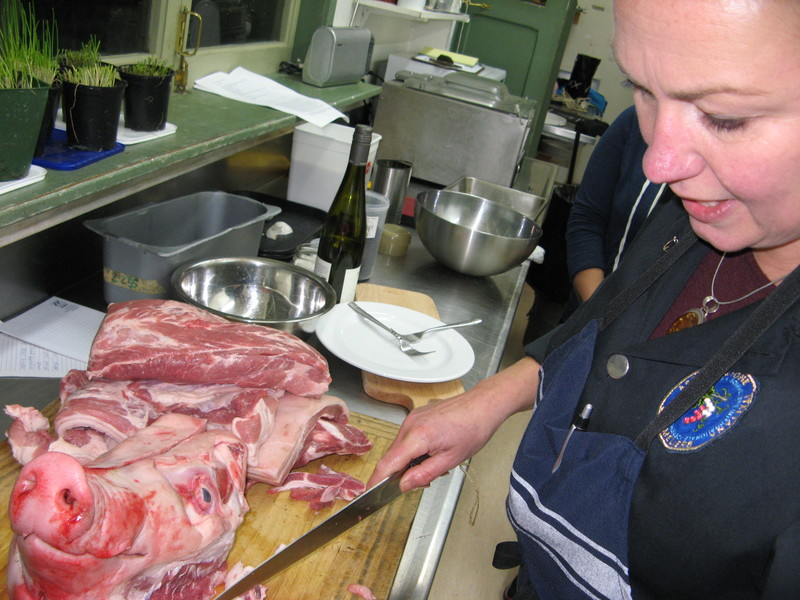 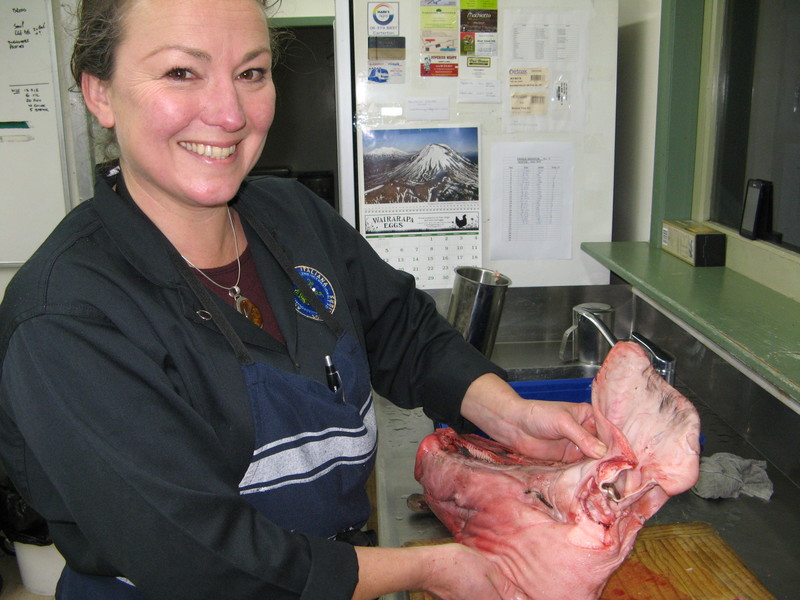 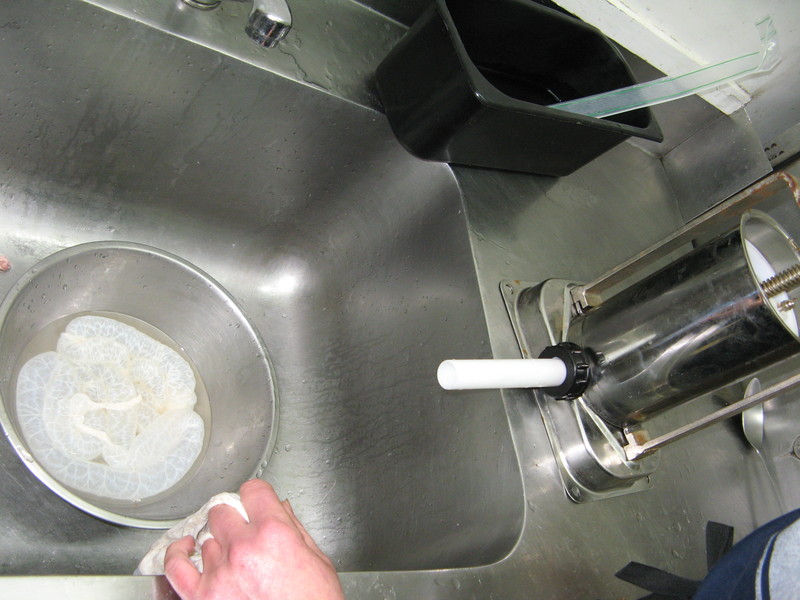 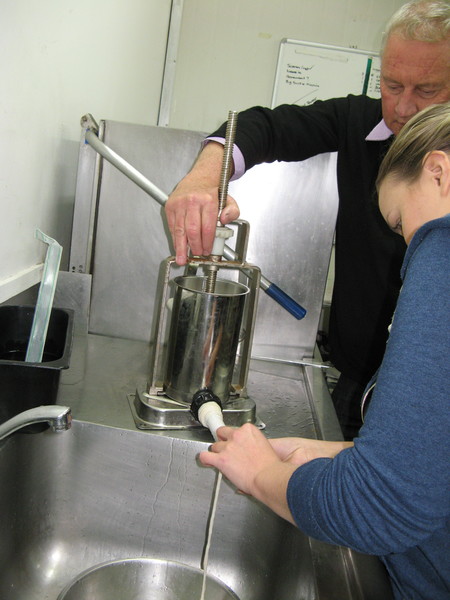 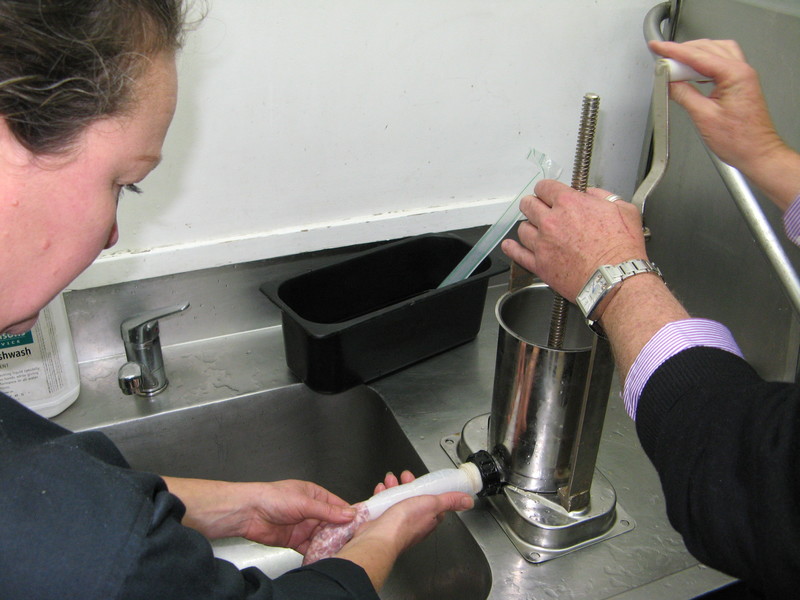 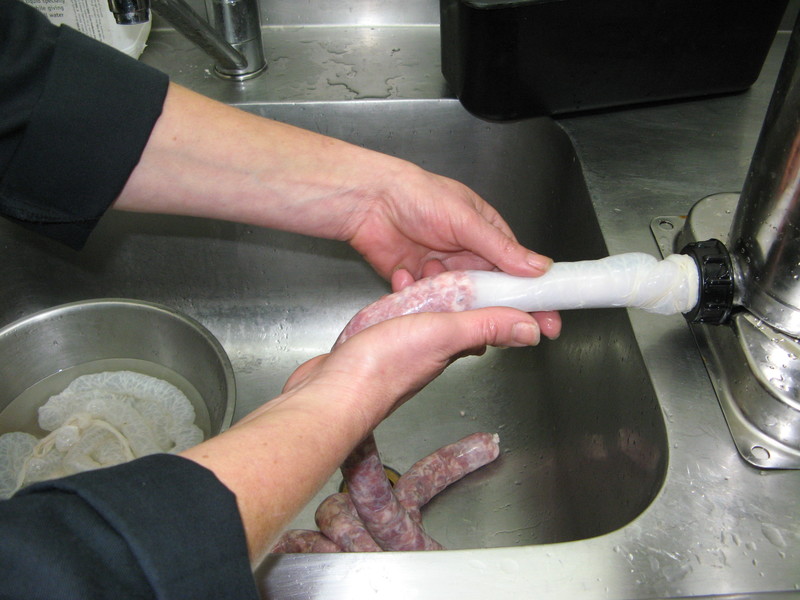 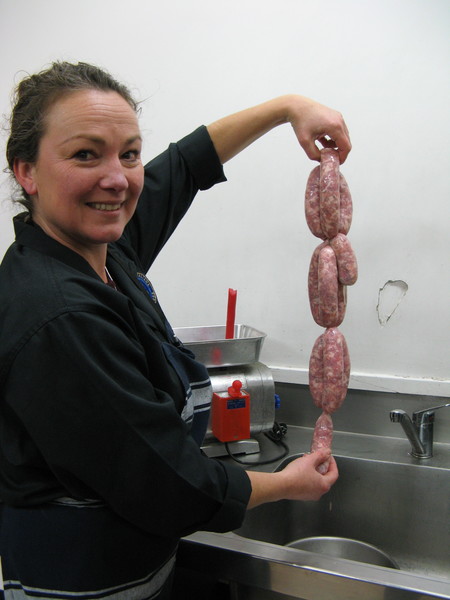 When Americans Naya Brangenberg and Jeremy Wilhelm settled on a small Wairarapa block in 2008, they had no idea a piggy passion would overtake them and that they'd end up becoming commercial, free range, pork producers.

Naya is a veterinarian and says she'd collected animals ever since arriving in New Zealand. Their household absorbed cats, dogs, lambs and  two kunekune pigs, then, "we did what everyone else (on small blocks) does, we wanted two pigs to eat."

After much research they decided Large Blacks would suit just fine, they were placid, easy to manage, and didn't need great fences.

"So we got  two pigs, promptly fell in love with them, named them, and said 'oh my godwe can't eat them'."

That decision meant breeding from them and suddenly two pigs became 25.  Naya and Jeremy started selling meat from the young stock at local Farmers' markets and slowly chefs, small goods producers and butchers became their main clients. They liked the fattier meat produced by Large Blacks.

It suits slow cooking and charcuterie, and now the couple have strong relationships with all their clients who love the pasture to plate story.

They've also added another rare breed pig, the Duroc, to the mix because it will spread the fat more evenly throughout the meat, rather than just under the skin.  "The Wagyu of the pig world", according to Naya.

All this interest meant the business, Longbush Pork, was at capacity on the home property, so the couple have recently purchased a 20 hectare block nearby.  It will run 50 free range, rare breed sows, and Jeremy has given up his job as a statistician and will be a full time farm manager.

Naya says  their business plan is to be profitable within five years, "ten years, who knows. Maybe export because the Asian markets in particular like fat, which these pigs have, and they like black pigs."

Until that time, Jeremy will continue to tweet and facebook daily to let people see real life on a free range pig farm.

One of  Longbush Pork's clients is only 20 minutes away in Greytown. Here, the only part of the pig that Rachel Priestley doesn't use is the oink.

She's the owner of a small goods business, The Prodigal Daughter, which turns all parts of the pig, from tip to toe, into salumi; Italian cured, spiced, dried, meat. It's primarily pork, but some products use beef.

Rachel spent ten years opening Italian restaurants for Italian clients, all over Italy, and after returning to New Zealand four years ago, she says she missed salumi so much she started making her own.

Her product was in hot demand whenever she had a dinner party. "My friend Roberto said you give up everything. You just do this.  In the end it's become a business."

Names like coppa, proscuitto, lardo and guanciale (pig's cheek) roll off her tongue with a warm Italian lilt. "Some I only have for sale for the first time now, proscuitto can take two years to cure."

Rachel's getting ready to open a restaurant in Greytown. She makes her small goods twice a week, and in between finds time to run cooking classes making sausages and other dried products. She says corporates have used the classes as good team bonding times.

Does she miss Italy.  "I do, I've been back just on four years. I didn't feel really at home until I moved to Wairarapa.  I think it's the small town thing, I'm closer to my suppliers,  I'll go and see Longbush pork..... it's a different pace of life, we all work hard but  we do take time time to stop and say hello. It's more fun." 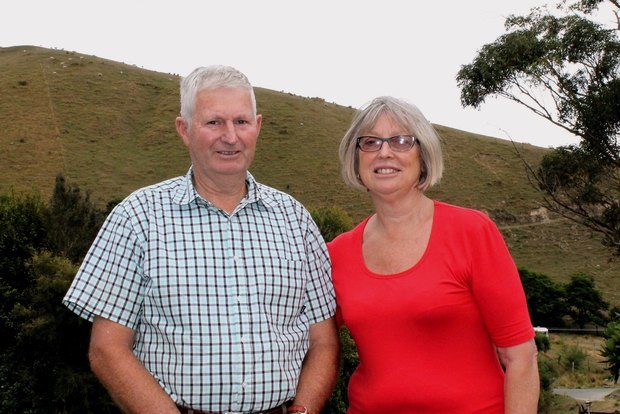 Cable Bay Farm is a 1000-hectare coastal, hill country sheep and beef property near Nelson. Until last year it was run by Ian and Barbara Stuart, who have now decided to retire after four decades of dryland farming.

They sold the stock to their son Sam and his wife Anni, who are the third generation of Stuart's on the land.

The farm's been in the family for three generations. Ian's parents, Fred and Tess Stuart, took over the 200 acre Cable Station site after the Second World War and purchased further land to take it up to the size it is today. Over the years, Fred put 200 hectares of coastal bush into covenants for protection and established the Cable Bay walkway.

The walkway is now managed by the Department of Conservation and gets up to 700 trampers a week in the busy summer period. As a way of diversifying, Ian and Barbara have also built a campground beside the start of the walkway that is now frequented by trampers from around world.

The Bay got its name from a sub-marine cable that was laid between La Perouse near Sydney and Cable Bay in 1876. The cable was New Zealand's sole communication link with the rest of the world until 1902.