Maverick film-maker Shane Black attempts to breathe new life into the '80s monster movie in The Predator. What could possibly go wrong?​

I have fond memories of a comedy with a very unpromising pedigree. It was called Kiss Kiss Bang Bang, and it was made by one Shane Black who made all those Lethal Weapon action movies back in the day.

It starred an actor long dismissed as "box office poison" in 2005 - his name was Robert Downey Jnr and of course, the rest is history.

Kiss Kiss Bang Bang bucked all the predictions, it reignited Downey's career, and later he and Shane Black were reunited in one of the best of the Marvel Comics movies - Iron Man 3.

So, what I'm saying is it's forgivable that a new film from Shane Black might excite a little anticipation, despite the "don't expect anything" rule.

The original Predator (1987) starring Arnold Schwarzenegger came out at a good time for "look out behind you" monster movies, following in the footsteps of films like Jaws and Alien. 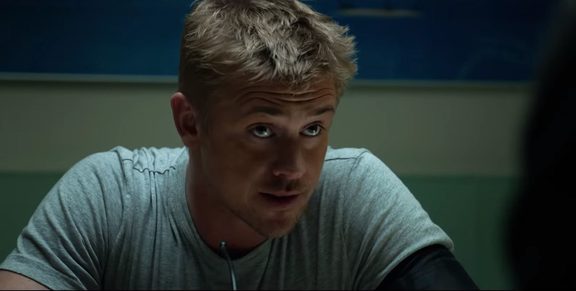 Boyd Holbrook as McKenna in The Predator (2018). Photo: Screenshot / Fair use

It was cheap, it was direct, and it knew exactly what it was doing. It sent a bunch of macho men into the jungle then picked them off one by one.

A straight-forward action movie like Predator looks easy - which it is, until you start trying to repeat it, or worse, top it.

Over the years the horrendously ugly Predator has been revived - either alone, or in tandem with the Alien franchise - but seldom able to recapture that first, fine, careless rapture. Until now, maybe.

"Now" being under the wing of one-time wonder-boy Shane Black, who kicks off the remake-reboot-sequel-a bit of all the above, with a familiar looking jungle.

A space ship crashes near a squad of American commandos, led by one 'McKenna' played by Boyd Holbrook (Logan, Gone Girl).

Did McKenna see something? The authorities think he did, and they bring him in for questioning. He fends them off with the sort of cool nonchalance we'd expect from a hero in a Shane Black movie, before being dumped on a bus … a bus-full of bad-ass crazies. 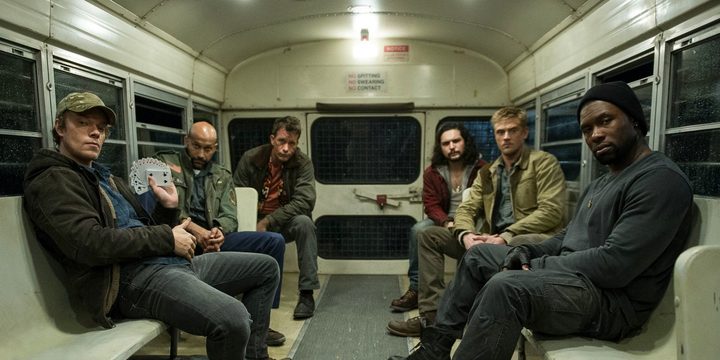 The only reason they're not called the Dirty Dozen is that there's just five of them, but they're clearly the sort of people you'd want - preferably walking in front of you - when you're out hunting Predators.

Sooner or later we knew the Predator was going to arrive on the scene. But first, we have to slow down the action for a few subsidiary elements.

For a start we need a hot, woman biologist (played by Olivia Munn: Ocean's Eight, The Newsroom) - someone who looks good wielding a firearm while mopping up any exposition that might be needed.

There are also the mandatory shady government figures with a vested interest in capturing Predators alive with a view to - inevitably - turning them into weapons in some way.

And they're delighted when they apparently succeed. 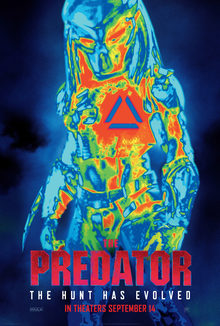 But of course it gets away. It wouldn't be a movie if a Predator could be captured by a bunch of guys in white overalls. Shane hasn't finished weaving his magic.

The captured - now escaped - Predator isn't the big bad one: There's another one, twice as big - and it's right behind you! The two rival Predators are both looking for something, and wouldn't you know it, that something is currently sitting in McKenna's basement, where his cute son Rory is playing with it while Mum makes pancakes upstairs.

There's one major difference between this Predator and the original hit version - apart from costing about ten times as much.

This one keeps piling on the plot, but if there's one thing a scary-monster-sneaking-up-on-you movie doesn't need it's much more plot than that.

You also don't need this many confusing characters. You need about six or seven - enough to invite the regular question "who's next?" - and a twist at the end when the hero finds a way to avoid being supper.

As George Lucas discovered when he made the notorious Star Wars prequels, you can overthink these things. It's enough there's a Predator and sufficient Prey to occupy an hour and a half before it's defeated.

I'm not saying a scary monster movie has to be stupid. I am saying it has to be simple.