Whitney Houston was one who, you’d think, might have managed to avoid the pitfalls. Her family was in the business – Mum was Cissy Houston of the famous Sweet Inspirations – she came from a church background, she was supremely talented.  What could possibly go wrong? 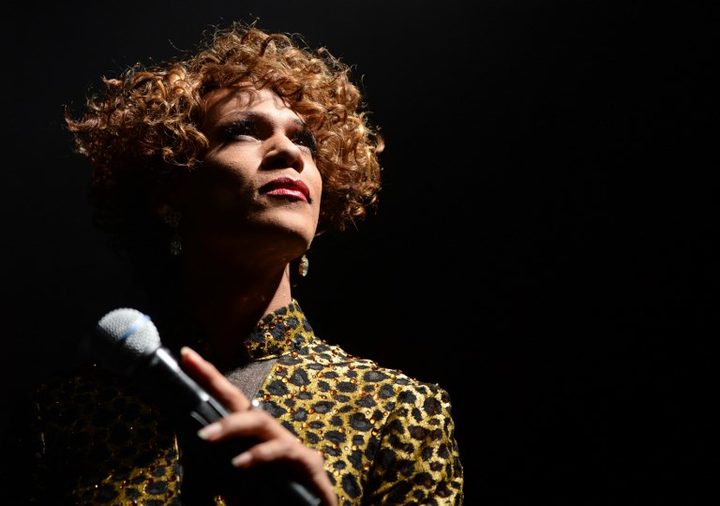 Well, according to Whitney, the documentary by Scottish director Kevin Macdonald, it all went wrong because hardly anything we thought we knew about the squeaky-clean Whitney Houston – I always thought of her as the black Julia Roberts – turns out to be exactly true.

Yes, she came from pop aristocracy – her cousin was Dionne Warwick, and her major champion was Arista Records’ Clive Davis – but she was brought up in the streets of New Jersey.

Mum was often away on the road with Aretha Franklin or Elvis Presley, but she knew her daughter had something special.

And Whitney’s talent was undeniable. When she hit in the Eighties, she was almost too successful – hit after hit after hit, it all seemed so easy for her.

She may have been the most successful black female artist of the time – only Michael Jackson matched her hit-rate – but she became bitterly resented in the black community.   They called Whitney “Whitey”.

But looking at Houston now, years after her heyday, what strikes you hardest is simply how good she was.

The unavoidable “I will always love you” from her one big movie The Bodyguard may have put us off Whitney forever. But now, watching her walk through a routine on stage before a big night, her gifts are undeniable.

So, what went wrong? That’s always the question in a film like this, because sadly, very few artists this talented – particularly in the music business –  come out the other side in one piece.

The answer is usually drugs, but drugs are just a symptom - albeit a symptom that Houston took to enthusiastically.

As far as who to blame, well, take your pick - her grasping assistant Robyn Crawford, her jealous husband, the charmless Bobby Brown, but above all, her own family.

Houston’s feckless brothers may have introduced her to drugs – though they deny it, saying she didn’t need any introducing.

Her mother seemed to think her job was done, once Whitney had her first hits, while Cissy’s husband John joins the pantheon of famously awful showbiz fathers.

Kevin Macdonald’s film is as well-made as you’d expect, and it carefully celebrates Houston’s talent and the highpoints of her career for the first two thirds of its duration, before diving into the bad news.

What I’m saying is, if you want to keep your illusions about Houston, best to leave after the first hour.

Like so many top artists she was often her own worst enemy, and the people who should have been protecting her were simply on the payroll, with nobody willing to stop the gravy train.

If you want to be reminded of the pitfalls of the American Dream, Whitney certainly delivers.

But it’s mostly worth seeing for the moments of magic when Houston showed what talent looks and sounds like. It’s just a pity that the price is so often fame.