Sean Carroll - are we alone in the world?

Somewhere out there, another you is living the life you might have known if you had made different choices along the way. It's a theory of quantum mechanics known as the many worlds interpretation and Professor Sean Carroll is a big believer.

He's coming to New Zealand to share his thoughts about philosophy, pop culture and why there may be many parallel universes out there where you really did win the lottery.

Prof Carroll has described science as the quest for awesome and tells Jesse Mulligan that we sometimes get too bogged down on the technical side. 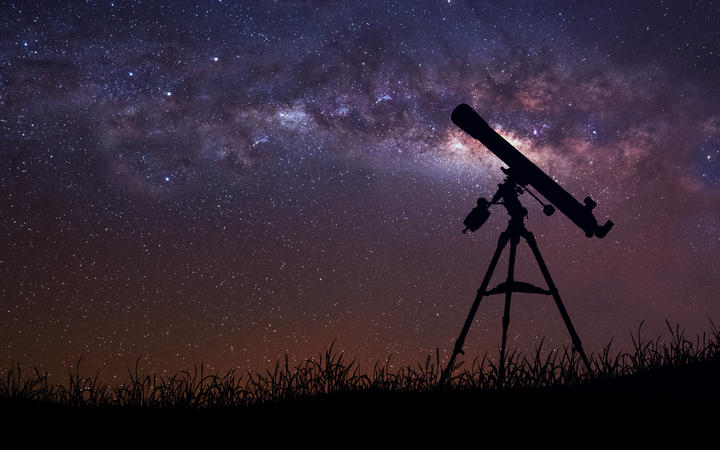 “I think it’s a shame that in certain circles, science has a reputation for being scary or difficult to wrap your head around - and some of it is - but a lot of it can really be appreciated by everybody. So that’s part of my vision, to spread that word.”

He coined the term “poetic naturalism” for his brand of work. He explains that naturalism is the idea that there’s only one world and reality with no supernatural realm.

“Poetic naturalism means there’s many ways of talking about the natural world. Some of them are scientific ways, as physicists or chemists or psychologists, but some of them are more judgemental, more normative; talking about what’s right and wrong, what’s beautiful and what’s good. All these ways can really latch on to something that is real about the world even though they are using very different vocabularies.”

Prof Carroll is a proponent of the many worlds theory which derives from quantum physics. He explains:

“What we find in quantum mechanics is if you have an electron, a little elementary particle, you cannot predict ahead of time where you’re going to see it when you look at it. And it’s not just because you’re not very good at measuring, it’s because there’s a fundamental law of nature that says: there’s no such thing as where the electron really is. It’s not just that we don’t know, it’s that it doesn’t exist. So, we try to wrap our heads around what that means and we invent some equations that help us out along the way, and these equations imply that there seem to be many worlds out there, many different copies of us created every time we interact with a quantum system.

“This old fashioned way that Issac Newton approved of and codified in classic mechanics, of thinking of things as objects that have a definite position and velocity, is just not how reality works at the deepest level. There’s sort of a cloud of possibilities and different ones become actualised every time you observe something in the universe.”

He acknowledges it’s a difficult thing for people, even physicists, to grasp.

“We haven’t really put in the brain network to come to terms with quantum mechanics in a very real way, even we professional physicists. I think our intuition is underdeveloped here, but I’m optimistic that it can be developed. There isn’t any big obstacle, in principle, to having everyone understanding quantum mechanics really well.”

Does he ever wonder about the other Sean Carroll’s in the many other worlds who made different decisions than him?

Our Preposterous Universe with Sean Carroll is at the Bruce Mason Centre on Saturday 22 February.