Jonna Mendez was undercover in the lobby of a fancy American hotel when she locked eyes with a dangerous terrorist, guarded by two armed men. A potentially fatal mistake that could have cost her life, she later found out.

It may sound like something straight out of a spy fiction movie, but that’s the reality Mendez lived as the former CIA chief of disguise who worked alongside her husband for the intelligence agency.

The film Argo is based on her late husband Tony's famous clandestine operation to rescue six Americans trapped in Iran.

Before he died, Tony co-wrote a new book called The Moscow Rules: The Secret CIA Tactics that Helped America Win the Cold War with his wife. 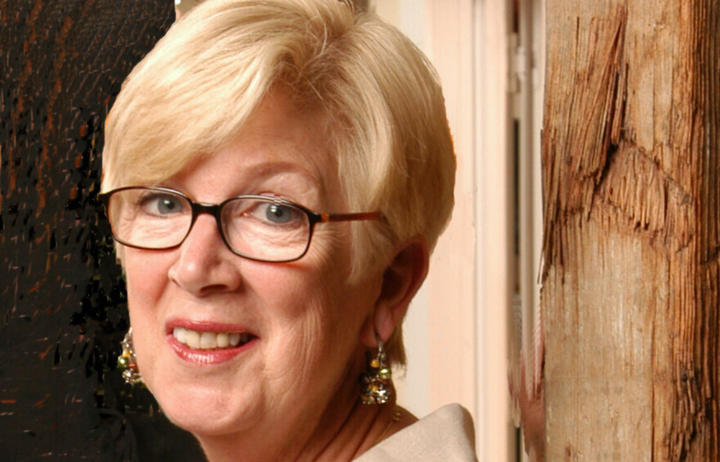 Mendez recalls the time she transformed the chief of a station to help him bring crucial intelligence from a terrorist.

“Our chief of station really did not want to meet with his man. This was a really dangerous man. But the terrorist said I have information about a group that’s getting ready to bring down another American plane. So the chief called everybody together, he said I have to meet with him.”

“Everybody has their little personal quirks, we always had to take those into consideration.

“Tony used to say you can put the best disguise on someone who's really nervous and scared, and it will not work. But you can hand someone else just a cane and a book, and they can become an entirely different person, they inhabit this idea.

Then Mendez made a mistake.

The man was arrested by local authorities the next day, she says.

The highlight of Mendez’s intelligence career came when she was working in Moscow with what they called “Russian assets” – spies who aided them to gather intelligence.

Amid desperation with the KGB following their every move, Mendez says the CIA had to come up with some “ingenious solutions” to avoid detection and risking the lives of the Russian spies.

“Sometimes people don't understand, they hear chief of disguise and they read the stories of some of the almost outrageous things that we did in order to get our work done,” she says.

“But the fact that is working in Moscow back during the Cold War, and I would submit even today, it's one of the most difficult places in the world if you are an intelligence officer, because you're smothered in this very unfriendly embrace of the KGB, you can't turn around without bumping into them.

“You can't take a step without stepping on their toes. They're everywhere.”

Former Soviet military intelligence colonel Oleg Penkovsky, codenamed HERO, attempted to volunteer for the CIA several times – almost getting arrested in the process – before he was taken up for his offer. 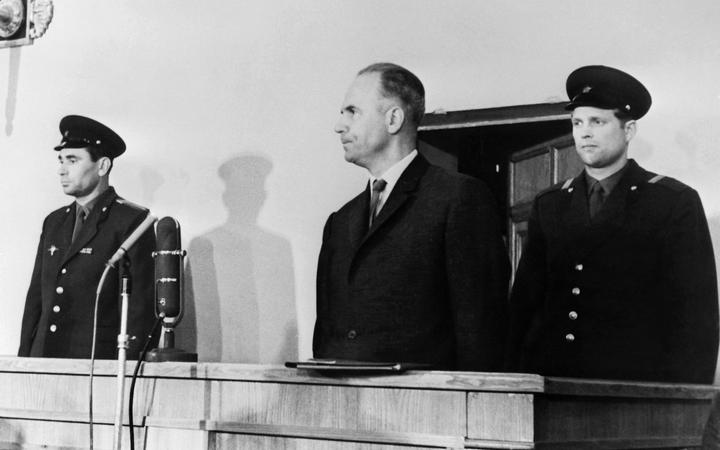 Soviet military intelligence colonel Oleg Penkovsky (centre) was sentenced to death during his public trial on May 11, 1963 in Moscow. Photo: TASS / AFP

“He had access to information at all levels within the Soviet hierarchy.

“As a matter of fact, later on a book was written about him, called The Spy Who Saved The World. He was able to get President Kennedy all the information he needed to hold in his hand, the cards he needed to play when standing up to Khrushchev, it was vital, it was dangerous.”

He was later compromised when he was caught and ended up dead. It marked an important time for how the relationship would work between CIA intelligence officers and their Russian counterparts, Mendez says.

“That was the beginning of a long period of time when we did not meet face to face with our Russian [spies].

“We could not meet with them face to face, it was too dangerous, or they too would be arrested and executed … I mean, how do you run an operation when you can't look the other person who's risking his life for you and your country? [You] can't even look him in the eye. It was difficult.”

It could be considered one of the ‘Moscow Rules’ that the Mendez authors wrote about in their book – common sense unspoken rules that you’d know about after being trained by the CIA to work in Moscow.

“These were the ground rules for how you operate inside of that surveillance bubble that is waiting for you,” Mendez says.

“A bubble that is in your apartment, at your home, they're listening, and they're listening live. It's the cars following you whenever you leave that embassy compound. It's the pedestrians walking behind you if you're on the street on foot.”

And it might all just sound like history with the Cold War being over, but as recently as 2016 there’s been proof to suggest otherwise, Mendez says. 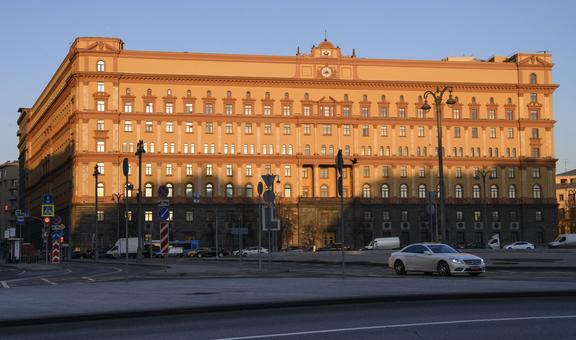 A view of the headquarters of the FSB security service, the successor to the KGB, in downtown Moscow on November 16, 2018 Photo: Mladen Antonov / AFP

“It was startling and it didn't get a lot of playback here. But it was just a kind of a grainy YouTube video of a security camera at the American Embassy, an American diplomat, pulls up in a taxi, gets out of the taxi starts, walking toward his embassy, and is attacked by this dark, blurry figure that we have to assume was KGB, and he was beaten to a bloody pulp.

“These [Moscow] rules were real. They had real meaning. And we just wrote them down, and kind of used them [in the book] to illustrate a few situations that we found ourselves in.”

Tony had seen the video and said: “He [the agent in the video] broke that rule, you know, the rule that says don't piss your surveillance off.”

The dangers of working in the CIA while living in Moscow emphasised the importance of Mendez’s job, she says.

“For a mask technology, that requirement always was you had to be able to drive into a parking garage, put it on in the dark, shouldn't take you more than five seconds out of the car, out on the street, and it had to be perfect. When you were done with it, it had to come off just as quickly, couldn't leave any residue, no adhesive couldn't leave anything behind and had to crush down into nothing. So that in theory, you could put it under your arm if you had to and continue down the street.”

Mendez even got to show former US President George H. W. Bush – who also had at one pointed headed the CIA - the new mask technology that they’d developed.

“So I said, well we've gotten better, I'm here to show you what the new technology is. He said, well, where is it? I said, I'm wearing it.

“So I did what I call the Tom Cruise peel, although I didn't realise that Tom Cruise was going to be doing this in the future. You put your hand under one, one corner of it, and you do just peel it off, and he loved it. He twinkled, he sparkled.”