Surviving a new baby with science and sense

Be loving, be calm and look after yourself. These are the simple keys to surviving a new baby that often get lost in the complicated noise of advice out there for anxious, sleep deprived mothers.

This is what Auckland psychologist Dr Natalie Flynn tells her clients who share their feelings about being overwhelmed as new parents. 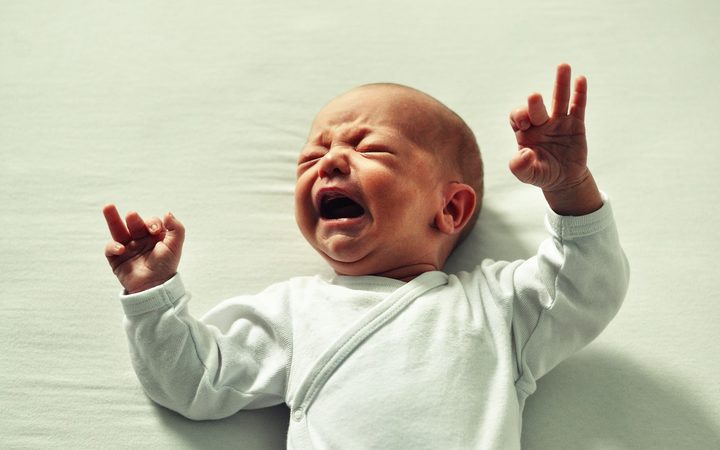 She calls it bombardment syndrome and has written a book, Smart Mothering: What science says about caring for your baby and yourself, which aims to cut through the noise and put the science behind the plethora of parenting theories out there.

Bombardment stress can lead to parents not knowing which way to turn and doubting their own strategies, she says.

“What’s reassuring is parents can take many different parenting styles and techniques and still come out with a healthy baby,” Dr Flynn says.

Don’t believe every theory that says it is backed by science, she says.

“They’ve often taken a good idea such as [John] Bowlby’s theory that if a baby has lengthy separation it will have negative outcomes.

“What’s happened is some parenting styles have extrapolated from that that maternal deprivation means not holding your baby 24/7  - that’s fine if you want to do that but it can be downright exhausting as well.”

A crying baby can cause great distress and there are numerous theories about how best to deal with it.

“There’s nothing like a baby’s cry to trigger us, and it has to be, that’s how they get our help and support.

“When you are with a baby that just won’t stop crying, remember that even though it might feel like it’s forever, it’s not.”

Crying does not harm a baby, she says.

“I really want parents to remember that even though it’s hard to listen to when you read about crying and cortisol levels you’ve got nothing to worry about.

“Ordinary crying, or even colic crying, will not hurt your baby in the short or long term.”

All babies cry, some more than others, and it tends to be from the age of two weeks to two months.

“Then it does come down, so think of this as a period of crying.”

“It’s not pseudo-science, it’s really well-researched and what we know is, if we do show ourselves self-compassion, we are actually much more likely to take responsibility.

“If we know we make a mistake and beat ourselves up, then we are less likely to own it.

She debunks some scaremongering in the book.

“That if a baby doesn’t have skin-to-skin within the first hour or so, that will have implications for bonding and attachment; there are no sound studies to really show that.”

“There’s nothing to show you can’t bottle feed in a way that is conducive to bonding and attachment.

“Be sensitive to your baby’s cues, respond to them in a warm way and be a good fit.

“The short and long term benefits of breast milk have really been overstated and sometimes the research has been misused.”

She says women who choose not to or can’t breastfeed should not feel any guilt.

“There are lots of women who can’t breast feeds and there is no reason for them to feel guilty, there just is not.”

It is not ‘spoiling’ your baby by responding every time she cries, she says.

“Absolutely not … from an evolutionary perspective babies are born too soon because of the size of their skull, so sleep training or whatever it just can’t happen for the first few months.”

A link between feeding patterns and IQ is also scientifically dodgy, she says.

“That was the Avon study and actually it was a pretty shoddy study because out of all the participants that were looked at, only about 7 percent were schedule fed anyway.

“You couldn’t tell anything from that study, but from that - the echo chamber.”

Sleep training is not really an option until the baby is six months old, she says.

“From the word go we can set our babies up so they get used to certain things happening before they sleep a song or a bath.

“But as for formal sleep strategies they don’t really work until four months and a lot of the researchers really say six.”