Afternoons with Jesse Mulligan for Monday 11 May 2015

Little Darling by The Paper Cranes chosen by Nat Watts

2:10 The Quizmaster and the Prince - Vicki Coats

Stewart Island quiz mistress, Vicki Coats, did everything she wasn't supposed to do in the presence of a Royal. But Prince Harry didn't seem to mind. He spent the evening at the South Sea Hotel for the Sunday quiz and Vicki got up close to the Royal.

Sports stars who retire are often faced with a difficult transition - when your career ends in your 30s, and you're a well-known face and name it can be hard to figure out what to do next. Some take up commentary positions, coaching and mentoring roles - but former Black Cap, Jacob Oram is taking a different path. He's graduating today from Massey University with a Bachelor of Business Studies - an achievement that was a long time coming.

Shostakovich has been turned down for the army and shares his disappointment over a drink with Sollertinsky, Artistic Director of the Leningrad Philharmonic

The sinking of the superliner, Lusitania in May 1915 is considered the "other Titanic" in the history of maritime tragedies.

A German submarine fired a torpedo into the mighty ship off the coast of Ireland killing close to 1200 people and pushing an outraged United States closer to joining the First World War.

Author Erik Larson tells the story of the sinking, and the cover up of the legendary disaster in his book, Dead Wake: The Last Crossing of the Lusitania. 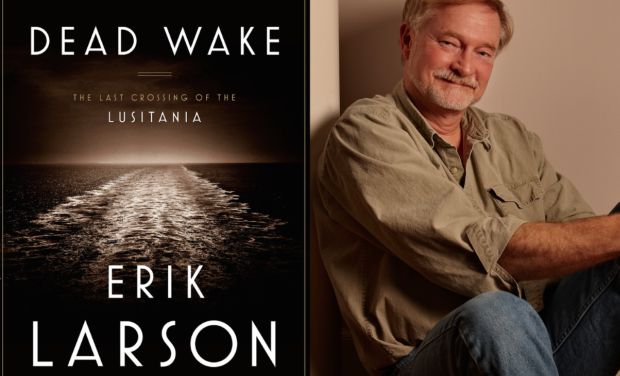 See also, the National Library' blog about the Lusitania.

Lynda Chanwai-Earle brings us two talented Asian writers who have been nicknamed "Millennium poets" for their bilingual dexterity.  She attends their public performance in Wellington to learn more

What the world is talking about.  With Jim Mora, Noelle McCarthy, Jane Clifton and Neil Miller