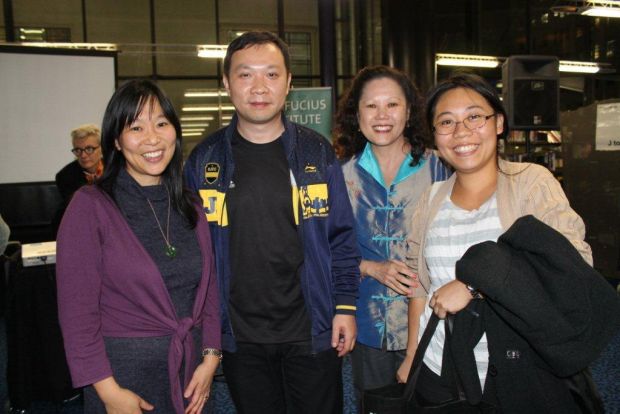 My mother has had the same Taiwanese mobile number for three years but I still don't know it. Not by heart, anyway.

I know my father's number though ... I falter to recite it in English, I have to write it down.

I have dialed this number every night for ten years, to talk to my father, in a different time zone, in his office ...

– Untitled, excerpt from a poem by Ho Ya-Wen

"A satellite is an artificial object which has been intentionally placed into orbit..."

Ho Ya-Wen's poem about her one daily phone call to her father in Taiwan exemplifies the extreme separation and sometimes isolation that is commonly experienced many new Asian immigrant families when they live and work in different countries. They are separated geographically by thousands of miles and described as "satellite families". In nearly all cases, the men will work in the Asian regions while the women and children will live totally separate lives, in Ya-Wen's case it was in a suburb of Auckland.

It's a cold night and well past the bedtime of the children of Li Haibo’s Chinese school as they faithfully sing poems about Autumn, converted into songs.

The Chinese community are celebrating the autumnal season with a language and heritage evening event at the Wellington City Library titled Autumn Poetry Reading. Chinese and English poetry is being performed by some of our country’s finest bilingual talents.

These Chinese themed poetry readings are jointly organised by the Wellington City Library and the Confucius Institute at Victoria university of Wellington. Each contributor performs their work in English and Chinese, shuttling between languages and cultures.

Chairing a discussion with the two featured poets, poet and playwright Renee Liang is among the best of our Asian New Zealand talent contributing to this event that traverses languages and cultures. A famous translated poem by Rewi Alley is also performed in Mandarin.

But its the voices of the two featured writers, Ho Ya-Wen and Liang Yujing, touted as "Millennials who make bilingualism look easy" that the public are keen to hear. 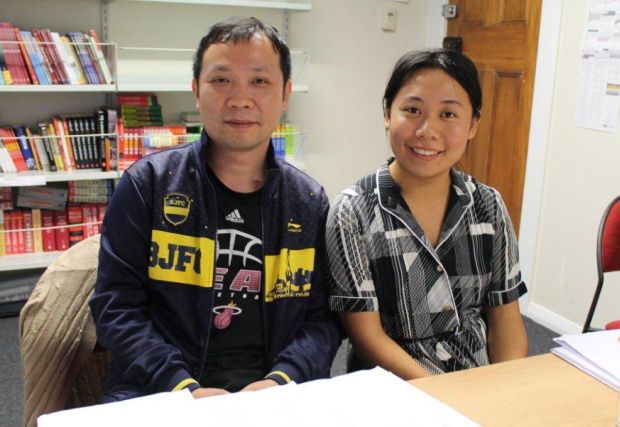 The next day at the Confucius Institute at Victoria University I meet both writers to hear what makes them tick and to explore subjects such as immortal poets of drunkenness and wine and growing up as satellite families:

"Poet, artist and zine innovator" Ya-Wen tells me she published her first volume of poetry with the international publishing house Tinfish Press in Hawaii, 2013. Ya-Wen tells me that she loves typography and it's relationship to writing. At first I think Ya-Wen says "topography of writing" and imagine words as if they were "maps" across the page.

Ya-Wen was born in Taipei in 1987, immigrating to this country at the age of six. She grew up in Buckland's Beach and considers herself a JAFFA (Just Another F**ken Aucklander).

Attending Elam Fine Arts School at Auckland University and currently working as a graphic artist in Auckland – her subject matter is deeply informed by her experiences as a child growing up in a satellite family. Ya-Wen's father worked in Asia for over a decade while she and her brother were bought up by their mother in Auckland.

Ya-Wen is most recently a recipient of Eleanor Catton’s Horoeka/Lancewood reading grant.

"So what are zines?"

"Zines are an independent form of publishing where you really take control of your medium and content and you circulate outside of main distribution channels."

"For example claustrophobia and density can be expressed through how a page looks; if all your text is huddled to look scared, it can be powerful way to express poetry."

"For a whole decade my father worked and lived in Taiwan and we would talk on the phone, every night."

I consider how this would have impacted her family, especially after her father's death from illness, "Was it hard for you parents?"

And now her mother does the "Persephone thing", spending six months a year living in Taiwan away from her children. It follows that topography, typography and living satellite lives would reverberate through Ya-Wen's poetry.

A poet with a very different, visceral voice is Liang Yujing. Yujing came from China recently to pursue a PhD critiquing contemporary Chinese poetry at Victoria University. His poems and translations have appeared in many prestigious international publications including the Salzburg Review, Boston Review, Asia Literary Review, and Poetry NZ. 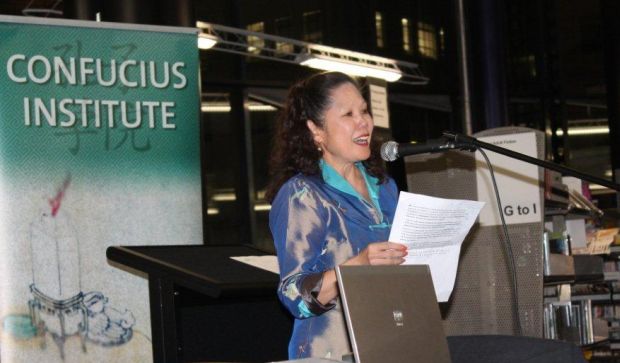 Yujing was born in 1982 in the small town Changde in Hunan Province, central China. His father was the Professor of Literature at Hunan University of Arts and Science and an early influence, alongside Tang Dynasty "Poet Immortal" Le Bai. Yujing explains:

I grew up learning the classics, especially the work of Tang Dynasty poet immortal Li Bai, the poet of drunkenness and wine. He famously wrote over a thousand poems about drinking wine and only several poems about missing wine.

A quick search reveals that:

Li Bai (705 – 762), also known as Li Po, was a Chinese poet acclaimed from his own day to the present as a genius and romantic figure who took traditional poetic forms to new heights ... often called the "Golden Age of China" – the poet of wine and drunkenness.

Yujing's poetry is ironic, dark and moody in tone, exploring a harsher reality of contemporary life in China. An innocent visit to the fish markets can result in an unsettling poem filled with subtle violence, as seen through the eyes of a child:

In the dim light of evening, the wet market swims into vision
in a blur of colours: a string of electric lights, glowing yellow;
the pale white of a small concrete path,
a ditch in shadow, dark as the eyes of my people.

Women of every age swim through the air
in clothes bright as fish scales
moving from one stall to another,
hands like fins in the vegetable piles, picking and choosing.

At the side of the road, a man, stripped to the waist,
is ripping swamp eels open with practised hands.
He nails each eel alive to the bench
and tears out the backbones.

Blood courses down the grain of the wooden bench,
towards the ground. A small boy stands and stares,
fascinated by this show - it's like magic!
he watches till his eyes turn red, red as blood.

– by Liang Yujing, translated from the Chinese by Miriam Lo