2:10  Rising Star - Maya Payne: Seventeen year old Christchurch singer, Maya Payne is more than making a name for herself. Maya wrote her latest song, but the recording was done with the help of a American Grammy Award winning producer. The song has since been played by the BBC.. and now Maya has received some financial backing from NZ On Air to further her career.

2:20 The Hatmaker - Simon Smuts Kennedy: Not so many years ago - it would have been unthinkable for any respectable gentleman to leave the house with a bare head.
For centuries hats were big business.. but they gradually fell out of favour after the end of the second World War.
But Petone-based hatmaker, Simon Smuts Kennedy, says hats are very much back in in fashion.
And to reinforce the point, every time Simon Smuts Kennedy attends a business meeting, he wears not just a hat, but a mask. 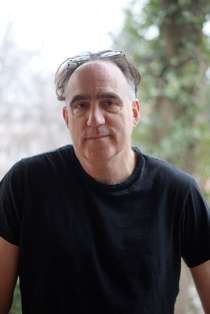 3:10  Feature Interview - Arthur Allen - A little known story of sabotage and salvation from the Second World War... The Fantastic Laboratory of Dr. Weigl is a new book that details how a Jewish scientist working on a typhus vaccine smuggled the medicine  to Jews in the ghetto, while making a weakened version for the Nazis.
Arthur Allen tells how Dr Weigl saved the lives of people targeted by the Nazis, by using them as human volunteers to feed lice for his experiments. (photo of Arthur Allen by Vered Guttmann.)

3:30  Er Hu Ghost - Lynda Chanwai-Earle: The Er-hu Ghost! He's a familiar sight in Wellington, his music haunts the streets with an instrument created over 2 thousand years ago. Elderly Mr Huang came from China. Lynda Chanwai-Earle checks out this formerly renowned musician from China who now busks, enchanting children and adults alike that pass him by.

3:45  Panel Pre-Show - Zara Potts with what the world's talking about today: Too many students at Australian universities, all the people at the Aussie AIDS conference who want to stay on and have claimed asylum,  Qantas changes its flight path at last, how Qatar helps Hamas, and Qatar's very secret airline. Where the germs are to be found, and is a media studies qualification like having a degree in stationery?