The government of Bikini Atoll in the Marshall Islands has bought hundreds of acres of land in Hawaii as a climate change bolthole.

Bikini Atoll was rendered a radioactive wasteland by American nuclear tests in the 1940s and 50s and its people were forced to relocate.

Last month, the Bikini Local Government based in the capital Majuro bought 283 acres of land in the Hawaii town of Hilo.

Using a US-provided trust fund, the $US4.8 million purchase is part of a "backup plan" in case climate change renders Bikini islanders homeless.

Mackenzie Smith spoke to the local government mayor, Anderson Jibas, about the plans. 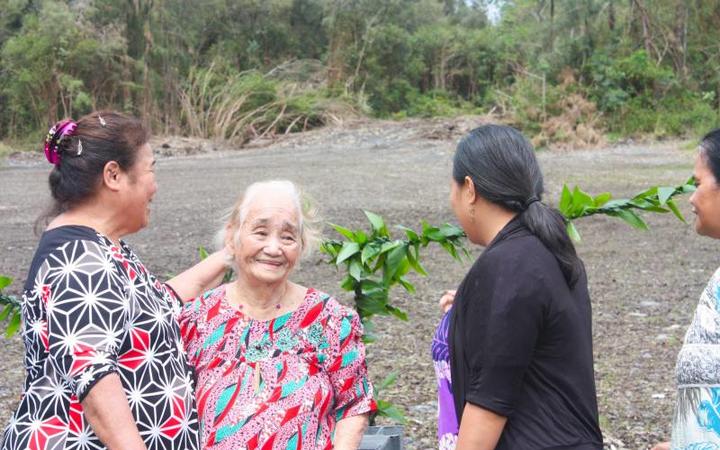 Members of the Bikini Atoll community who have bought land in Hawaii Photo: Supplied/ Hawaiilife

MACKENZIE SMITH: So there are ongoing concerns about radiation present on the atoll but you're saying it's also about climate change and rising tides?

AJ: Oh, absolutely. Where we were relocated to in 1946 on Keli island in the Marshall Islands. It's not even a mile long, it's not a mile wide. Bikini Atoll itself is 23 islands with a big lagoon. So where we're living on now, it's really small and limited resources, doesn't have a lagoon. So yes, climate change does affect the island we are staying on right now with flooding and coral bleaching.

MS: So the island's already flooding. Is this a backup plan for the future or some people going to move now?

AJ: It's a backup plan for the future, of course. Of course, if there's flooding tomorrow, yes, we will go and live in the bushes on the land but as you understand we have to work on the land and develop and subdivide it and work along with other groups to find the funding to develop the area. And we want to make it into a portion where we can lay out the clans of Bikini.

MS: This land, it cost several million dollars and that came from the trust fund. I'm wondering if there's plans to utilise more funds to build homes and develop the the plot of land.

AJ: Of course, there's no doubt in that we want to recoup some of the money that we spent on this backup plan for our future use. It's also a investment for us. And, of course, we will be using some of the land to divide and put houses and all that and try to resell."