Fiji women's football international Trina Davis is back with her family in the United States after a terrifying week trying to escape the escalating conflict in Gaza. 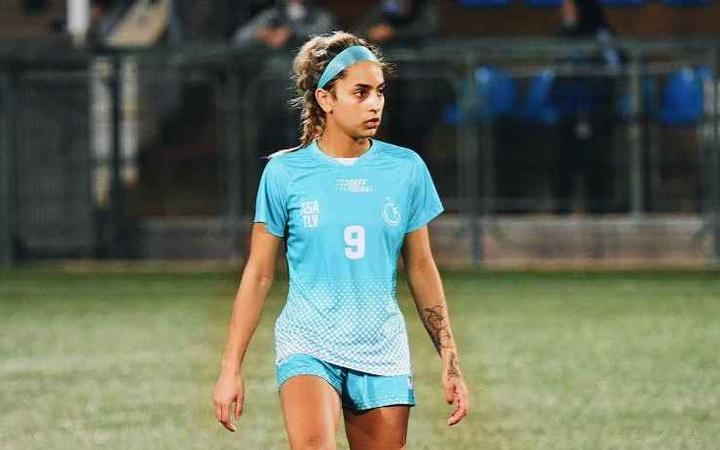 But the Women's Premier League was cancelled earlier this month with two games still to play, after fighting broke out between Israeli forces and Palestinian militants.

Davis, who is also a US citizen, had been due to fly home to her family in Seattle next month, but booked an earlier flight to return to the US last Friday.

However her flight was cancelled on three occasions, while the US Embassy said it was unable to help her because it did not deem the situation to be an emergency.

Ready to be home!! Prayers needed so I can get back home please https://t.co/gAvtSWhAmw

Hawaii-based sports agent Maikel Tsuji contacted the Embassy, the US Department of State and the Department of Homeland Security on Davis' behalf and said they all refused to help her get back to the United States.

"The airline that she was flying with cancelled their flight, and actually they suspended their flights in and out of Tel Aviv indefinitely ... and rightfully so, in terms of what's going on," he said.

"I would have thought that if a US citizen is - and their life is - in danger that the Embassy would be of help, but they turned her away. It's something that I never thought would happen to be honest."

Hundreds of missiles have been fired at Tel Aviv during the recent conflict.

Tsuji said Davis' life was clearly at risk if she stayed in Israel, and the attitude of the American officials was disturbing.

"They even forwarded me a number for US citizens who are in danger abroad, and everyone said 'sorry, we can't do anything', and we just got hung up on.

"The parents got hung up on, her family members got hung up on, and ... I'm still baffled how [there was] not even guidance, or what are the next steps. They basically told her 'well you're on your own, good luck."

Davis had been staying with an American family in Tel Aviv while she tried to arrange a flight home, and said her club had supported her as best they could, unlike the US Embassy.

Her parents finally managed to book a flight with Israeli carrier El Al, who were still flying to the US.

Davis departed Tel Aviv at 2am on Tuesday morning and touched down in New York 12 hours later, before she was finally reunited with her family in Seattle, via Detroit, in the last few hours.