Papua New Guinea, Solomon Islands and Timor Leste are the countries in the Pacific region most in need of aid funding, New Zealand's foreign ministry says. 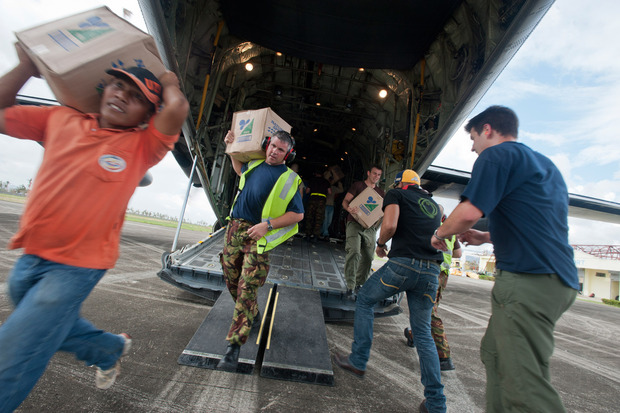 Aid is unloaded from the C-130 Hercules. Photo: DEFENCE FORCE

The New Zealand government recently increased its Overseas Development Assistance budget by $US488 million, lifting the total to $US1.5 billion over the current four year funding cycle.

The ministry's deputy secretary of Pacific and development, Jonathan Kings, said $US124 million would be dedicated to a strategic development investment fund for the big issues in the region, including climate change resilience and a land reclamation project in Kiribati.

"But as well as that we are re-orienting the aid programme to reflect this government's priorities and some of the resources will go to address the challenges that this government has identified that they want to see addressed in the Pacific," Mr Kings said.

A new development assistance strategy being formulated by the ministry would increase focus on Melanesia and parts of Micronesia, Mr Kings said.

Using aid to foster a stronger and more prosperous neighbourhood benefited the entire region, a research academic at the Australian National University said.

The ANU Development Policy Centre's Terence Wood made the point while speaking at a workshop in Wellington focused on New Zealand's international aid and development efforts.

Politicians, academics and civil society stakeholders came to talk about what changes were needed for New Zealand to help its neighbours realise the UN's Sustainable Development Goals.

New Zealand needed to move on from the strategy of its previous government and not give aid to benefit the donor nation, Dr Wood said

"If you give aid as well as possible and with good intentions in the Pacific, over the next decade, the next twenty years, what you'll hopefully get in return for that is a much more prosperous and stable neighbourhood," he said.

"That's important when you think about issues such as conflict in Papua New Guinea, the tensions that happened in the Solomon Islands."

Issues became much more costly if left unaddressed than if dealt with by regional aid partnerships, Dr Wood said.