Opinion - The government's boost to aid in the Pacific is welcome, but spending it might be harder than people think. 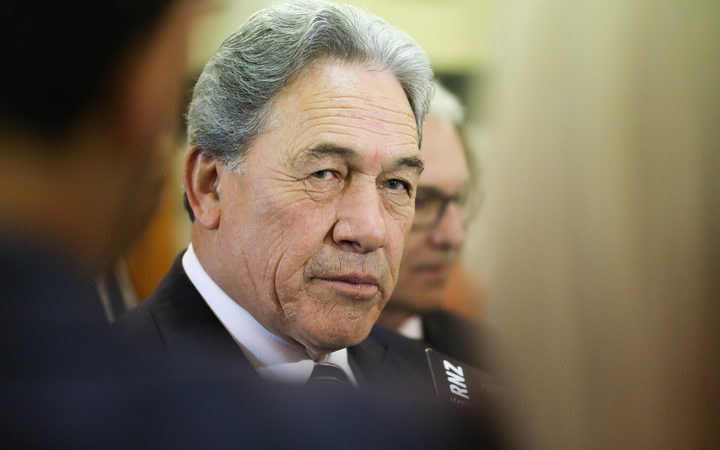 The extra NZ$178.6 million per annum in aid announced this week, much of it said to be for the Pacific, backs-up earlier statements about a "reset" in the region.

During his last stint in the same position, foreign minister Winston Peters grew the aid budget to 0.3 percent of Gross National Income (GNI). New Zealand then fell to the bottom half of the world table to 0.23 percent. The boost in aid increases New Zealand's aid at 0.28 percent.

Given the challenges humanity faces, countries like New Zealand need to be doing all they can to pull their weight, as Peters argued. In questions after the announcement, Mr Peters stated he had 0.35 percent by 2024 in mind as a reasonable contribution.

This is still a far cry from the United Nations' target of 0.7 percent.

Climate change action in the Pacific will expand with this new funding, and rightly so. Mr Peters outlined a desire to assist the Pacific "family" to adapt, amplifying the leadership this government has already shown on climate change.

More funding is great news for those Pacific people who survive off farming and fishing. Spent well, the boost could help them sustain their livelihoods despite acidifying seas and unpredictable rainfall.

For too long New Zealand has not given enough to the United Nations' system. While the financial institutions of the World Bank and Asian Development Bank were singled out, Mr Peters also indicated more funding for United Nations' agencies.

This ensures New Zealand's voice is backed with funding, increasing our credibility. It expands our ability to contribute to resolving crises beyond our Pacific neighbourhood, such as those in Yemen and the Democratic Republic of Congo.

Mr Peters showed New Zealand values, and the need to speak honestly with Pacific leaders about "good governance and transparency, open media, fostering participation". Here he highlights the challenges endured by people living in countries such as Papua New Guinea and Solomon Islands.

These countries have significant governance issues, which undermine their peoples' ability to prosper. These are important areas for New Zealand aid to engage in, but doing so will test the "new diplomacy" principles of friendship, understanding and collective ambition.

A note of caution: Peters spoke of a reduced capacity in the ministry, and an erosion of diplomatic capabilities. Money will assist, but it will take more than money. Giving aid well is no simple task. It involves careful thought about the contexts aid is delivered in and how to achieve the greatest reductions in poverty and inequality.

New Zealand is committed to sustainable development and so must ensure its aid activities leave no-one behind. This means focusing on the poorest and most vulnerable, rather than using aid to advertise the New Zealand brand or purchase influence with the powerful.

A rapid and large increase in funding is not easy to spend well. Pacific partners sometimes do not have the capacity to spend large amounts quickly. More importantly, beyond Mr Peters' speeches, there is no clear overarching purpose or strategy outlining the government's priority aid issues, nor sustainable development principles. Now that the Mr Peters has ticked the box on funding he must focus his attention on how to effectively spend this money to best help those who suffer the indignities of poverty and inequality.

*Dr Joanna Spratt is an independent development practitioner, and a Visiting Fellow at the Australian National University's Development Policy Centre