The government is set to hike foreign aid by more than $700 million over the next four years, as part of its signalled 'Pacific reset' strategy. 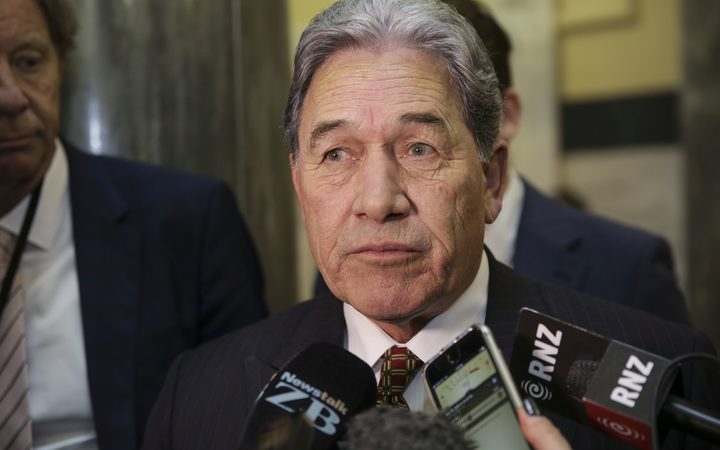 Foreign Affairs Minister Winston Peters made the pre-Budget announcement during a speech at Parliament this evening.

The money will primarily be earmarked for the Pacific region as a response to climate change and other emergencies.

Mr Peters said New Zealand's under-investment in the Pacific over the past nine years had left it open to criticism that it had abandoned its neighbourhood.

"More troubling is that the previous government weakened our hand in the Pacific at the very time the region has become a more crowded and contested strategic space.

"Today that stops," he said.

"What is good for them is good for us. We all know that if we look after each we are all better off, more prosperous, and therefore more secure."

He said the support was not just altruistic, but also "good economics".

"In the same way, development assistance helps to maintain a safer and more prosperous New Zealand over time, saving money that would otherwise be required in future defence budgets or in border control."

National leader Simon Bridges said the boost for Foreign Affairs was "payback" for Mr Peters choosing to go with Labour to form a coalition Government.

"It's money for Winston Peters to keep him happy."

He said the government had its priorities all wrong.

"I don't think New Zealanders will accept significant new money for foreign affairs and foreign aid when you're not meeting a core promise you made ... about cheaper GP visits for hard-working families."

Mr Peters said that was a "shameful" response.

"I'm rather saddened that the National Party's resorted to this narrow myopic view of how life is and how the economy's run.

"If they knew about their own security and the importance of what we're doing in the Pacific, I don't think they'd see that as a great sacrifice."

On average, OECD countries gave 0.4 percent of their gross national income in aid.

The government will also boost funding for the Ministry of Foreign Affairs and Trade (MFAT) by about $190 million over four years.

About $150m of that will go toward operating expenditure, including hiring 50 new full-time staff.

"As a trading nation this is critical for us. This investment will also begin the process of rebuilding our reach and deepening the core of expertise in Wellington to support our diplomatic impact."

The remaining $40m will allow New Zealand to bolster its overseas offices including reopening its Stockholm embassy in Sweden.

MFAT currently has about 670 staff in New Zealand and another 250 in about 60 locations overseas.

Mr Peters hinted at the policy direction earlier this year, during a speech to an Australian think tank in Sydney.