New Zealand's Foreign Minister has dismissed claims that the country's aid efforts in the Pacific are encouraging a handout mentality in the islands. 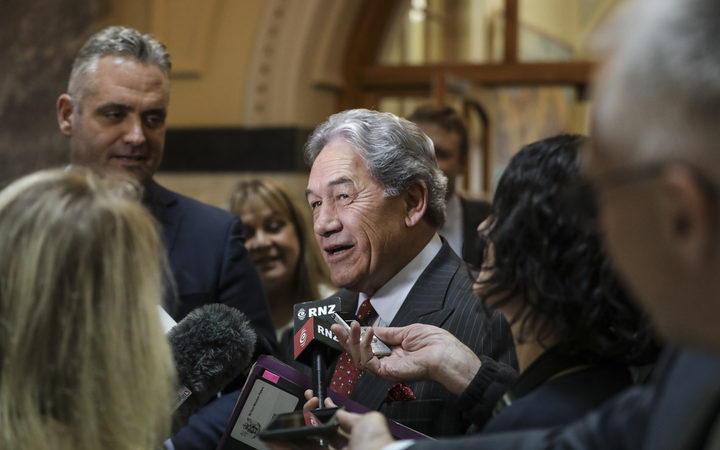 Winston Peters has signalled that the government will invest more time and resources in the economic survival and security of the Pacific.

Mr Peters said that New Zealand's own future prosperity and security were closely linked to the Pacific.

"Some New Zealanders think that we are maybe wasting money here. They are wrong. This gives us a persona internationally far bigger than the small country we are," said Mr Peters.

"Overseas countries look beyond us, look over our shoulders to see who is backing us. And if the people behind us are an assembly of Pacific nations who look kindly towards us, it makes us a much more important international player."

According to Mr Peters, the new government was going to "put our money where our mouth is" in terms of aid to the Pacific.

He said this was the big difference between his government's aid policy in the region compared to the previous government.

"I can recall years when the previous government underspent its overseas aid by 92 million dollars," said the minister.

"Now, that tells me they got up on budget day and said one thing, with no intention of spending the money in the first place. That's shorthand for deceipt.

"In a Pacific basin where there was desperation everywhere, I don't think that's an honest way to go about things."

Asked whether there would be more funding made available for the work of NGOs and research groups in the Pacific, Mr Peters said he believed there would be but couldn't "be too premature" about it.

He stressed that the government would invest more time and resources in being a "true partner" to Pacific Islands countries, which entailed working with them as equals.

Working to protect the islands' social, economic and environmental wellbeing did not always mean expensive programmes, he explained. And in some cases, it also required global efforts, such as the goal of curbing inundation of plastic waste in the Pacific.

Mr Peters said it was important to reduce the amount of damaging waste in the Pacific arising from New Zealand's use of plastic.

"We have to...back home here.. begin to ensure that the damage that plastic does is not as a consequence of our careless use of it, or failure to treat it properly in our country."

"We could use best practice, best knowledge, best industrial advances to help these populations out," he said.

"And that is the reason why we want other nations around the world to join so we don't carry the can exclusively, in terms of our foreign aid, a whole lot of other countries do as well. Because the products the plastic is coming in is not our product, it's frequently a product from some other part of the world."