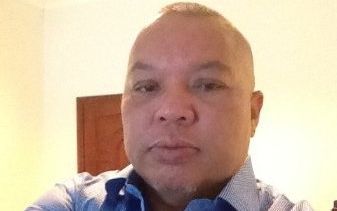 One of Nauru's prospective election candidates who is challenging the government's fee hike says the government was behind his sacking.

Yesterday he received a letter from Broadspectrum terminating his employment. 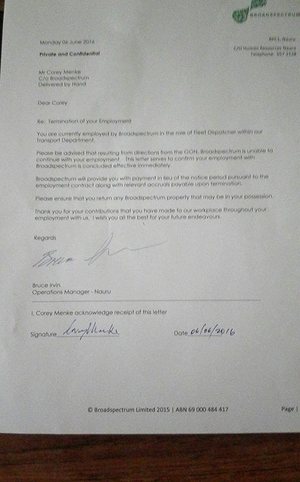 The letter contains no reason for the sacking, other than saying it was a directive from the government.

Mr Menke had joined 17 others in a legal bid to stop the government increasing the candidate's fee from $100 to $2000 Australian dollars.

He said this fact and his talking to international media upset the government.

"They don't actually know what reason for this thing to happen. They just said it's a directive from the government. They came over to apologise and said they cannot do nothing. It's not them, it's not Broadspectrum, it's the government."

Corey Menke told RNZ International last week the government was stopping Broadspectrum from paying him more than AU$4.25 an hour.

A suspended opposition MP, Mathew Batsiua, said it was shameful that a foreign company like Broadspectrum should cave in to government demands to sack an employee without any due process or opportunity for review.

"Just simply saying 'we've been directed, so therefore you're out the door,' that's simply not good enough and you would think that a company from Australia like Broadspectrum would have greater respect for the rights of employees," said Mr Batsiua.

However, Broadspectrum said in a statement that it has not received any correspondence from the government regarding wages, but is undertaking a review following a recent town hall meeting with staff.