The system, which has sustained winds of 140 kilometres an hour at its centre, has moved south between Niue and the Cook Islands and is now moving west-southwest.

On its current trajectory, the cyclone is expected to pass about 310 kilometers south-southeast of Niue and be within about 400 kilometres of Tonga's main island by Friday.

Damaging winds may begin several hours before the cyclone centre passes nearby. 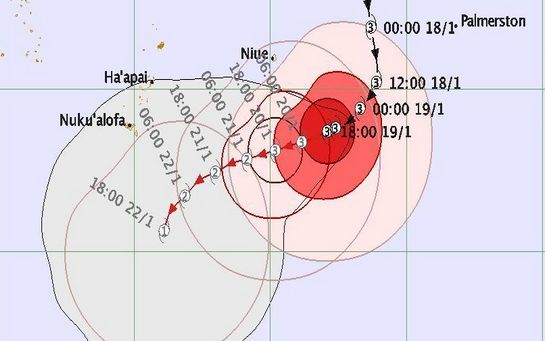