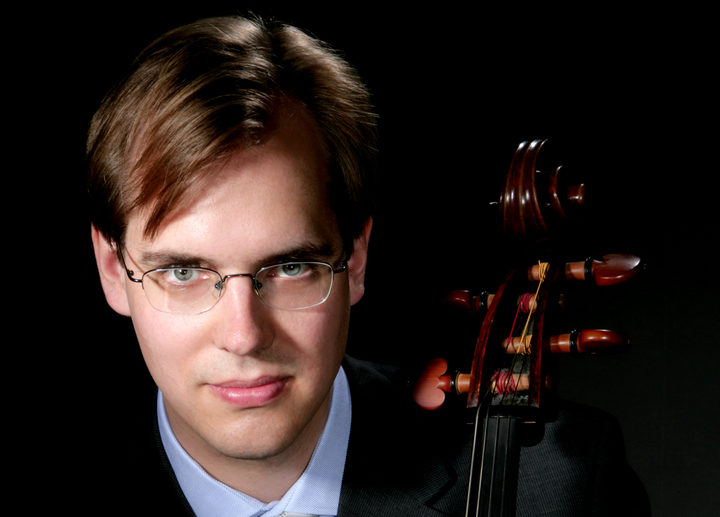 German cellist Wolfgang Emanuel Schmidt, who won the first Adam International Cello Competition in Christchurch in 1995, is the APO's guest. He plays the First Cello Concerto by Saint-Saëns.

The programme opens with a very early work of Messiaen and the title of the concert, 'Defiance', is inspired by Shostakovich's Tenth Symphony.

Les offrandes oubliées, or The Forgotten Offerings, dates from 1930, when Messiaen was just 22, and it was his first published composition. Over the course of his long career as an organist and composer he absorbed a wide variety of influences, including birdsong and the contours and rhythms of oriental music. In this piece, we hear the influence of Stravinsky, whose music Messaien had recently been studying; and of Roman Catholicism, to which Messiaen was a devout adherent. The Forgotten Offerings is really a triptych, or musical altarpiece, and the composer gave its three sections titles: The Cross, marked “very slow, grieving, profoundly sad”, then Sin, which he described as a “race to the abyss”, and finally The Eucharist, a long slow window into Eternity.

Saint-Saëns's Cello Concerto No 1 in A minor is widely regarded as one of the ‘greats’ of the cello repertoire, one that presents formidable technical challenges and difficulties for the soloist. It dates from 1872 when Saint-Saëns was 37, and although it may seem surprising to us today, he was regarded at the time as a controversial figure in French musical circles, who thought of him as a radical young modernist. This concerto is an intriguing departure from standard concerto form, in that the standard fast – slow – fast structure is condensed into one single movement that plays without a break. Apart from that departure from tradition, the French critics were very positive about the work, which seemed to them to be free of what were considered the composer’s unfortunate modernist tendencies. It is indeed a marvel of delicacy and taste, especially in the enchanting slow section.

Shostakovich’s Symphony No 10 is described on the APO's website as a "monumental, overwhelming symphony – at once a lament for the suffering of the Soviet people under Stalin and a document of defiance. Music of exhausted, drained sadness is shockingly set against music of rage and terror, yet hope in the human spirit is never extinguished."