A prominent Swedish lawyer who represented US rapper ASAP Rocky in a recent assault case has reportedly been shot multiple times in Stockholm. 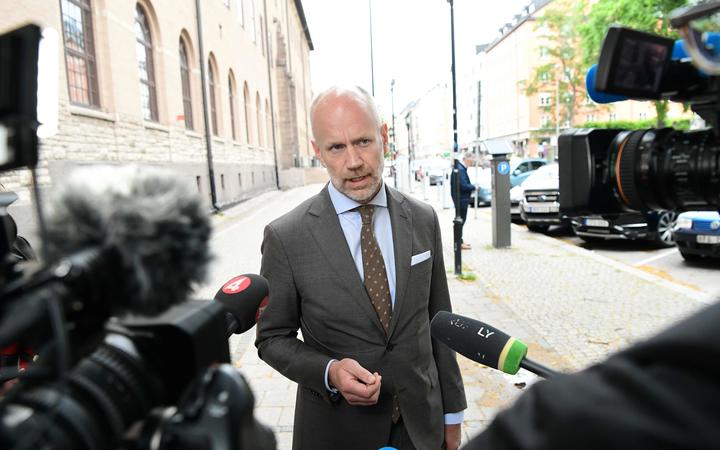 Henrik Olsson Lilja, the lawyer of US rapper Rakim Mayers, known by his stage name ASAP Rocky, talks to the press on 5 July after a hearing in the trial. Photo: Jonathan NACKSTRAND / AFP

Police were called to a shooting in Kungsholmen about 9am local time on Friday.

Paramedics took a man in his 50s to hospital with gunshot wounds, police said.

Mr Lilja is reported to be in a serious but stable condition and one suspect has been arrested.

The lawyer represented ASAP Rocky after the rapper's arrest in Stockholm over an assault during a street brawl on 30 June.

The Stockholm police website described the shooting as "an isolated incident with no known connection to recent violent crimes".

Mr Lilja was shot in the head and chest at his block of flats and then called the police himself with a neighbour's phone, according to Swedish newspaper Expressen.

A witness told the paper Mr Lilja was shot while wrestling with a man on the ground.

The paper reported the gunman, who fled the scene in a black SUV, was still at large.

Police said a suspect had been arrested and several people were questioned in connection with the shooting, which was being investigated as an attempted murder.

The suspect in custody was a woman, also a senior lawyer, who had connections with Mr Lilja, Expressen reported.

How was Mr Lilja involved in ASAP Rocky's case?

Mr Lilja initially represented ASAP Rocky in his assault case, but was reportedly replaced by defence lawyer Slobodan Jovicic for the trial. 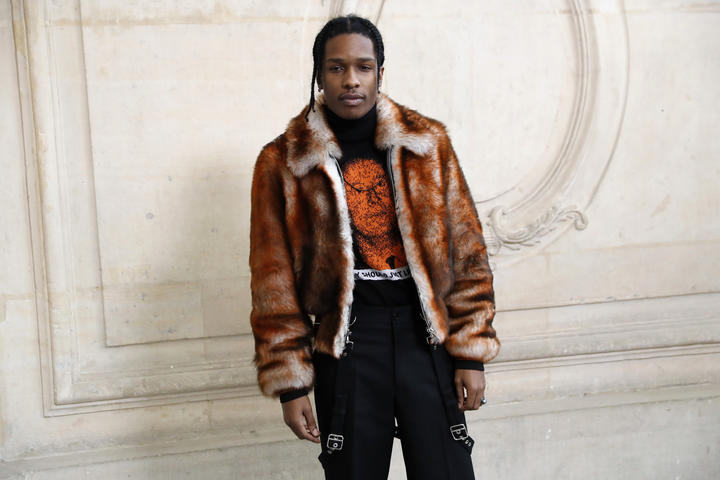 The 30-year-old rapper was given a two-year suspended sentence and ordered to pay damages to the victim.

ASAP Rocky and his co-defendants, Bladimir Corniel and David Rispers, claimed they had been acting in self-defence against two men who had been following their group.

The case attracted international attention when US President Donald Trump intervened, claiming the rapper was being treated unfairly.