Scientists from four of the world's biggest fishing nations have gathered in New Caledonia to start scrutinising decades of data on tuna catches. 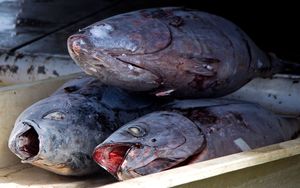 The scientists, from China, Japan, Korea and the United States, together with a group from Taiwan, are sharing previously confidential data.

The first significant results are expected to be presented at a convention on tuna in August.

Dr Shelton Harley, the principal fishing scientist at the Secretariat of the Pacific Community, says the data will show the health of the bigeye tuna across the entire Pacific ocean.