Explainer - More changes are in the pipeline for New Zealand's gun laws, but there have been so many since 15 March 2019 it can be hard to keep track. 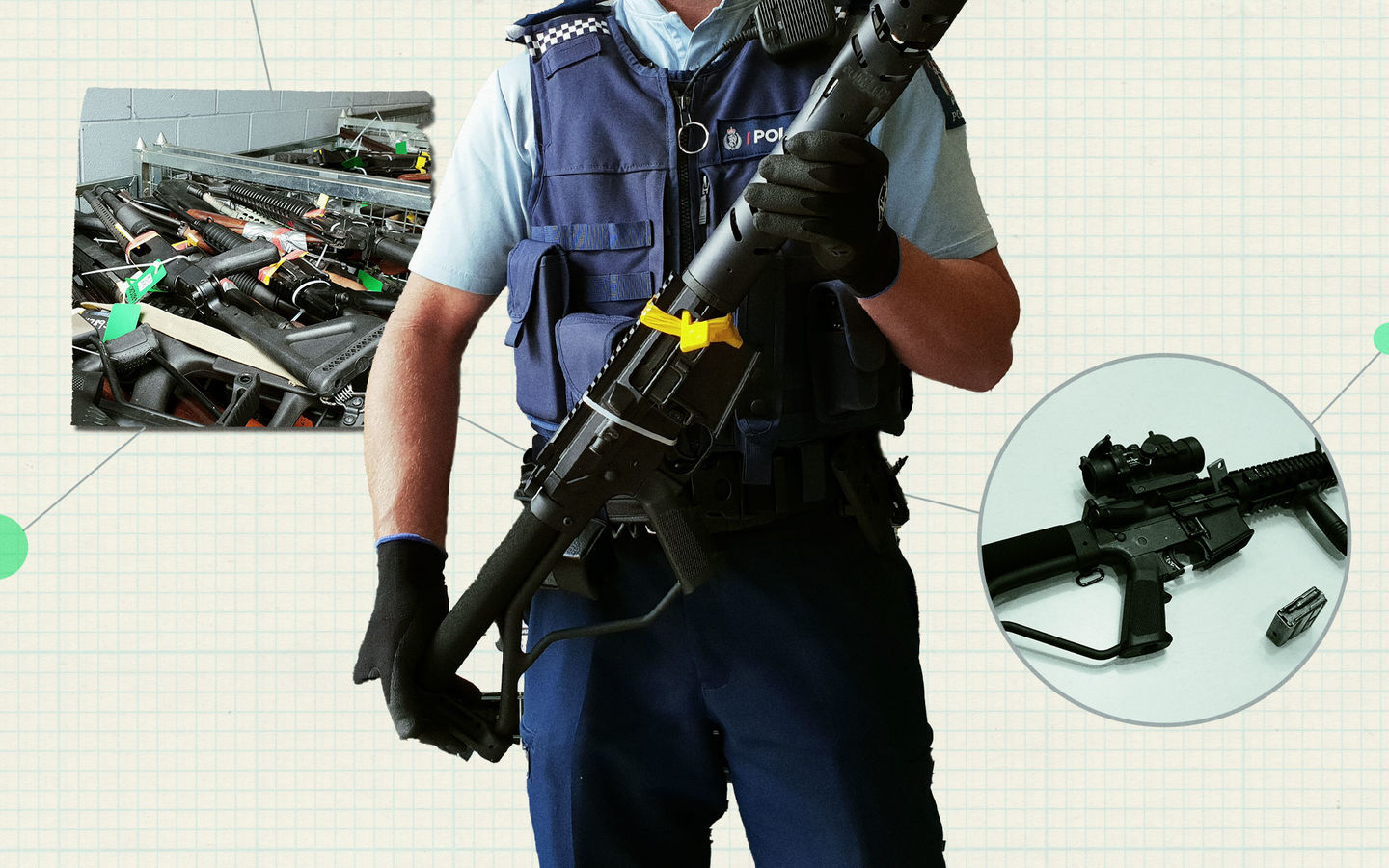 The history of New Zealand's firearms control began with the Arms Ordinance of 1845, and was followed by The Arms Act 1860 which referred to cutlasses, pikes, "warlike stores" and the legality of keeping "10 pounds weight of gunpowder".

Those were followed by laws on importation of firearms in 1908 and 1920, which included a police gun register, until another law change in 1958.

Then the Arms Act 1983 switched the focus from recording the guns to licensing gun owners, and further restricted certain types of firearms like pistols and machine guns.

Sadly, the 15 March 2019 attack was not the first mass shooting in New Zealand.

A semi-automatic is a firearm that loads the next bullet automatically upon firing, meaning they can shoot as fast as the shooter can pull the trigger.

However, the description of MSSAs was challenged in the courts which forced Parliament to clarify the law in 2011.

Ban and buyback: After the Christchurch mosque terror attack

Less than a month after the attack at two Christchurch mosques that left 51 people dead and many more injured, Parliament passed a new law, the Arms (Prohibited Firearms, Magazines and Parts) Amendment Bill.

The Bill, which focused on completely banning certain weapons, had only minor changes made to it in Select Committee despite some heated discussion and passed nearly unanimously with only the ACT party - and its sole MP at the time, leader David Seymour - opposing it.

Certain people like licenced dealers, collectors and DOC workers would be exempt from the prohibitions.

People breaching the prohibitions face two to 10 years imprisonment, but gun owners were given time to hand in their weapons in the government's buyback programme.

Despite the changes, the rise in gun crime in New Zealand appears to have continued. 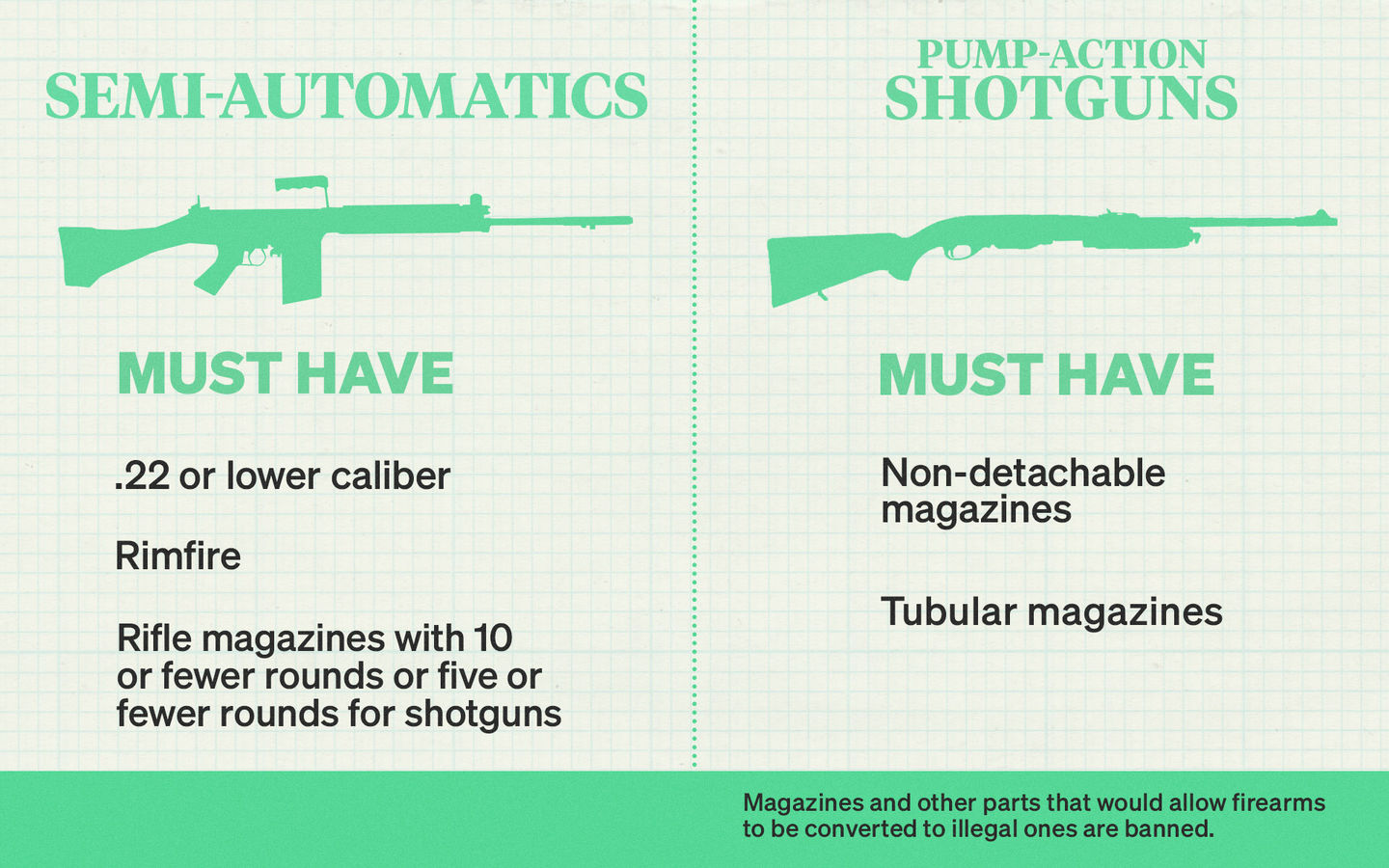 After its quickfire lawmaking following the attacks, the government got to work on further restrictions on firearms.

Plus longer-term moves to:

This so-called "second tranche" of reforms struggled much more than the first however, with National and ACT opposing the bill. Crucially, NZ First also opposed some parts of the bill, meaning the coalition government did not have the numbers to get it across the line.

It took months of negotiation, and it seemed any chances of the government passing the law before the 2020 election were dashed, before then-Police Minister Stuart Nash made some changes that NZ First accepted.

Those changes included setting up an independent entity to manage firearms licensing and administration from police, and allowing farming and agricultural owners and managers to apply for endorsements to use prohibited firearms without having to first set up a company.

The move to set up a separate firearms licensing entity also meant setting up a register would take about three years.

The latest moves on gun laws have been focused on gangs and organised crime.

Don't be tricked, amendment Bill No 2 has nothing to do with the United States' Second Amendment, and is called that only because the first version, championed by National's Chris Bishop, failed at its first reading.

Although the move was proposed by a National MP, the government seems to be on board - to an extent - but seems to want to make its own changes instead.

Police Minister Poto Williams and Justice Minister Kris Faafoi announced in May the government's own plans to introduce a Firearms Prohibition Order Bill to crack down on gun ownership by organised criminals - including gang members.

They also planned an amendment to the Criminal Proceeds (Recovery) Act so those people would have to prove their assets were obtained legally to avoid having them seized. They promised both bills would be in front of the House before the end of 2021.

Wait, but, how would that work? Who counts as a gang member or organised criminal?

Those bills seem likely to differ from the National Party one in wording, drawing on discussions with police and others. Instead of giving police powerful new search and seizure powers, it would focus on applying a ban on gun ownership.

Williams told RNZ the decision to include a firearms ban would be applied to serious violence charges - including terrorism - who was considered part of an organised crime group.

She said the sentencing judge would be the one to decide if an offender was a member of such a group, and should be banned from owning firearms.

There have been concerns however that such moves could affect Māori with only a loose connection to gangs.

There are suggestions it could impede the government's efforts to curb Māori overrepresentation in prisons.

All this is also taking place against a backdrop of a continued crackdown by police on gangs with firearms.

Prime Minister Jacinda Ardern has also pointed to growing gang numbers, partly as a result of deportations from Australia, as a reason behind increasing gun crime.

She argued this even strengthened the rationale for having a gun register, and increasing penalties for breaking gun laws.