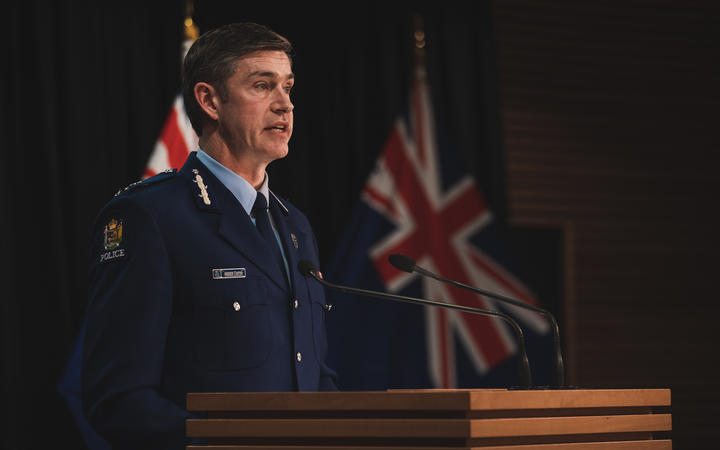 Operation Tauwhiro, a long-term and nationally co-ordinated operation, will focus on harm prevention and enforcement.

It is the first operation aligned to the new Organised Crime Strategy, which aims to address organised crime, its social drivers and the harm it causes.

In a statement, Police Commissioner Andrew Coster said groups that commit violence involving firearms could expect to be at the centre of significant attention from law enforcement.

"A key focus of the operation will be investigating and disrupting the illegal supply of firearms to gangs and organised crime groups, which is enabling firearms violence."

This would include illegal manufacturing, modification, and supply of firearms to gangs and organised crime groups, Coster said.

"The operation will hold these people to account while also identifying where we can prevent further harm and victimisation."

Each district would have their own tailored initiative and work with iwi and partner agencies to identify risk factors and "implement appropriate interventions".

"This may include working with iwi, community NGOs, probation and parole officers, and other community groups to offer services and support that can help address the underlying causes of violence and build greater community resilience," Coster said.

Coster said police were moving to strip gang members of gun licences, but they needed to test their new powers to do so in court.

"We are concerned and it doesn't sit comfortably with us that gang members are able to obtain a firearms licence however we've had difficulty in the past through the courts.

"There is a new provision that ought to make it possible for us to remove licences from gang members, we need to test through the courts the effect of that provision, and we will certainly be doing that," he said.

Police said they welcomed information from anyone who had concerns about organised crime, illicit drugs or illegal firearms in their community.

Meanwhile, the Act Party has been accusing the government of failing to keep New Zealanders safe, citing the number of gang members with gun licences increasing under its watch.

During Question Time yesterday, ACT firearms reform spokesperson Nicole McKee revealed that the number of people identified on the National Gang List who hold a firearms licence has increased from 11 to 12 between August and February.

McKee said Operation Tauwhiro was "great news", but said it would be more meaningful if police had the power to seize gang assets if they were found with illegal firearms.

"For months it has been obvious to ACT that the gangs are out of control and that police haven't been doing enough to curb their odious activities.

Justice spokesperson Simon Bridges called out Coster in a tweet, saying that "this softly, softly approach from our wokester commissioner" would see gang and gun violence continue to worsen.

"It's past time for the government to implement National's Firearm Prohibition Orders. We've got the draft legislation, the government just needs to adopt it," Brown said.

"The law change would allow police to issue violent gang members with special orders preventing them from holding a firearm licence or being in the presence of a firearm.

"For police to do their job properly they need the resources and backing from the government. Instead, they've got a soft-on-crime government disinterested in disrupting the crime and harm gangs peddle in our communities."