New Zealand's gun laws are back in the spotlight after Friday's terror attack, and date back to the days of cutlasses and pikes. 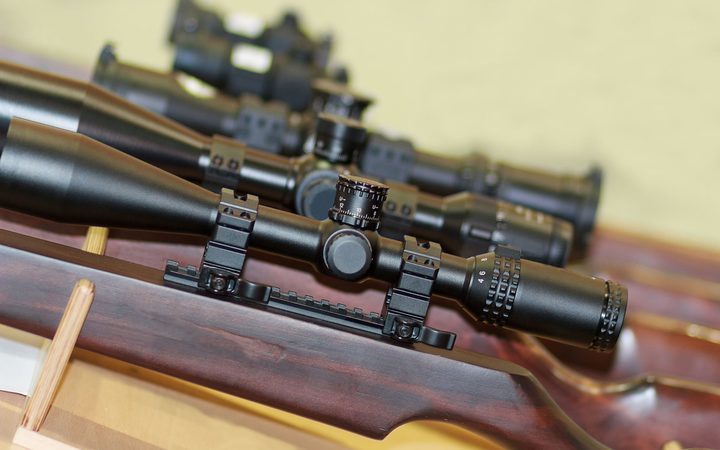 Our firearms laws are set to change in the wake of the Christchurch terror attack. Photo: 123RF

Some of New Zealand's earliest firearms legislation referred to cutlasses, pikes, "warlike stores" and the legality of keeping "10 pounds weight of gunpowder".

New Zealand's firearms control began with the Arms Ordinance of 1845, according to an appraisal of the 1997 Review of Firearms Control.

The Arms Act 1860 was the later legislation that referred to "warlike stores" and keeping gunpowder.

But Auckland lawyer Nicholas Taylor, who specialises in gun laws - said the first "big" firearms legislation was introduced in 1908, followed by more in 1920 and then 1958.

"All those ones can be summed up relatively quickly. As far as those acts - they basically focused on control of importation of firearms into New Zealand, especially pistols or what we call machine guns or automatic guns, controlling those. It also made people get a certificate ... so that every firearm was registered with police that was in New Zealand up until and including 1958," Mr Taylor said.

"That really sums up the situation. If someone wanted a firearm they could go down and apply at the police station for a certificate and they would take that certificate over and pick up the firearm, take the firearm back to the police station and police would record it into a big book. And that's the way it was. Nothing really about the person would be recorded. It would be the gun that was recorded." 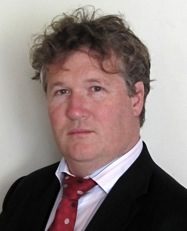 Then came change in the form of the Arms Act 1983.

"The focus changed entirely. The focus changed from the firearm to the person so instead of licensing the gun it would be licensing the person and that's where it came up with the "fit and proper person" because the determination ... really talked about if someone really was a fit and proper person to have a gun it didn't matter how many guns they had," Mr Taylor said.

The theory was that if a licence holder was fit and proper, the risk to public safety would be low.

"In many ways that has obviously been the case and been true for 30-odd years or more since. Over those years we have had a high control and high success as far as offending with firearms of licence holders really has been extremely low."

The act made categories of restricted guns like pistols and machines guns, and "basically set up two types of licence", Mr Taylor said.

The standard firearms licence and the endorsed licence.

When someone applies for a standard licence, police will conduct a background check and interview referees provided by the applicant, among other steps.

To obtain an endorsement, a person must apply to police and go through another layer of vetting and checks above that required for a basic firearms licence.

"In 1992 was the biggest change in reaction to the Aramoana shooting and David Grey used a kalashnikov which he had purchased through mail order from a gun shop without any contact really with anyone," Mr Taylor said.

"So basically, Parliament looked around and they looked at the old Arms Act and they saw that there was already restrictions for pistols and [other] weapons that seemed to be working very well, so they just made that a new category and placed all those types of military style firearms into that new category which was going to be called an MSSA category and they defined what an MSSA was."

Other changes in 1992 specified security precautions and import permits for parts for MSSAs, other restricted firearms and mail order forms, Mr Taylor said. 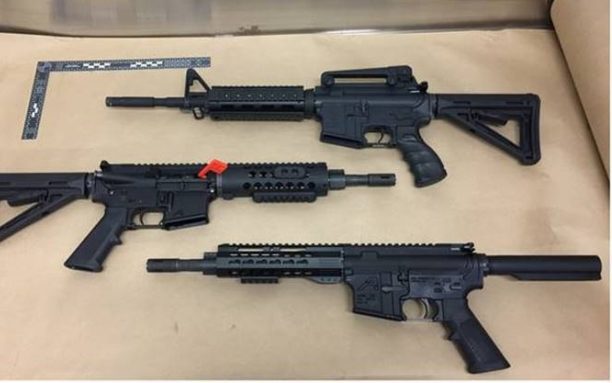 But since then, legislation hasn't kept up with the changes.

"There have been a few arms amendment acts. Some about import controls. There is one that also redefined what is an MSSA firearm... But the most important aspects of the Arms Act have not changed."

The act hadn't been updated to reflect technological changes in firearms, for example.

Nor did police have the time, staffing or funding to be able to thoroughly investigate firearms licence applicants, he said.

It's not news to police.

In a briefing to Stuart Nash as incoming police minister in late 2017, police said: "The Arms Act has not been significantly updated since 1992 and has not been adjusted to take into account changes in the marketplace, changes in technology and increased civilian access to the worldwide firearms market.

Police noted at the time that: "Each year since 2010, proposals for substantial amendment to the Arms Act have been included in the previous Governments' Legislation Programme. For various reasons they have not progressed".

The government was last year reviewing penalties under the Arms Act.

But the then police minister and now National Party deputy leader Paula Bennett accepted only seven of the 20 recommendations. That prompted accusations from the Police Association she had succumbed to pressure from gun lobbyists.

The briefing noted that legislation could not "fully mitigate the public safety risks associated with an estimated 1.5 million firearms possessed in the civilian armoury".

Since 1992, the legal and illegal civilian armour had changed substantially with an apparent increase in the possession of semi-automatic firearms - but it was impossible to know how many, police said.

Accessibility to high-risk firearms appeared to be increasing and gaps in the regulatory framework were "undermining police's ability to manage legitimate use while maintaining safety and control". Those gaps had been highlighted by the conversions of firearms to MSSAs.

Police also made calls for more tools to help stop the "flow of firearms to the criminal community".

Mr Taylor said the vetting process needed to be reinforced.

He believed the same level of vetting required for MSSAs and restricted weapon endorsements should be applied to standard licence applications.

Placing a ban on a certain type of weapon would cause issues with personal property items people had been allowed to purchase by the Crown, he said.

He also said the problem with a ban on semi-automatics was that the only people who would hand them over would be those who were licensed and have them legally.

"You would create a huge black market of these firearms and then you lose control."

Mr Taylor didn't think a registry of firearms from now onwards would be helpful.

"I think it would add confusion to the picture."

Police operated a "firearms licensing regime which means we licence a person to be fit and proper to hold a firearms licence. The Act does not require or enable Police to operate a register of firearms, except for firearms that are in endorsed (restricted) categories. This means Police does not know the entire number of firearms owned by firearms licence holders.

"The 2017 Law and Order Committee Inquiry into the illegal possession of firearms in New Zealand made this recommendation [registering firearms] to government, however it was not progressed."

Mr Taylor said possibly any firearm that could take a high-capacity magazine should be categorised the same as MSSAs and require additional vetting to obtain. 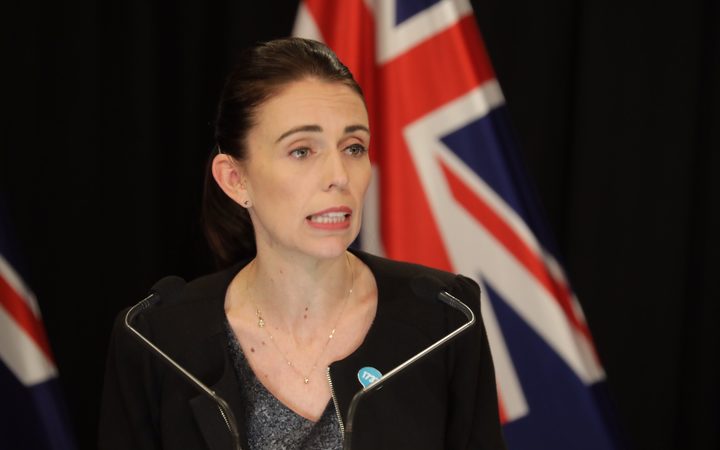 On Monday Prime Minister Jacinda Ardern said gun law reforms would be revealed within the next 10 days.

The Green Party joined meetings with Labour and NZ First to talk reform of gun laws.

The parties made a unified decision on Monday, but would be testing that this week before committing it to law, Ms Ardern said.

New Zealand police state that MSSAs are "any semi-automatic rifle or shotgun which has a pistol grip".

A pistol grip is described as a "free-standing grip". They are "designed to be gripped by the whole or most of the trigger hand of a person firing the firearm; and [are] structurally connected to the firearm at only one point and when deployed, protrudes from the firearm in a direction that is closer to being perpendicular to the barrel than to being parallel to it".

The Arms (Military Style Semi-automatic Firearms and Import Controls) Amendment Bill states: "Firearms that do not have such a pistol grip (along with other features) are deemed to be in sporting configuration and are, by law, not MSSAs."

Semi-automatic weapons require the shooter to pull the gun's trigger each time they fire. The weapon automatically loads a round into the chamber to be fired each time. In fully automatic weapons, the trigger can be held down and it will fire repeatedly, allowing much faster firing.

MSSAs can have one or more of the following features:

-Magazine that holds,  or is detachable and has the appearance of holding, more than 15 cartridges for .22 rimfire

-Magazine that holds more than 7 cartridges, or is detachable and has the appearance of holding more than 10 cartridges for other than .22 rimfire

A semi-automatic firearm (other than a pistol) that has a pistol grip will be a MSSA: A pistol grip is a free-standing grip.

Police have been pushing for the Arms Act. In a briefing to Stuart Nash as incoming police minister in late 2017, police said: "The Arms Act has not been significantly updated since 1992 and has not been adjusted to take into account changes in the marketplace, changes in technology and increased civilian access to the worldwide firearms market.