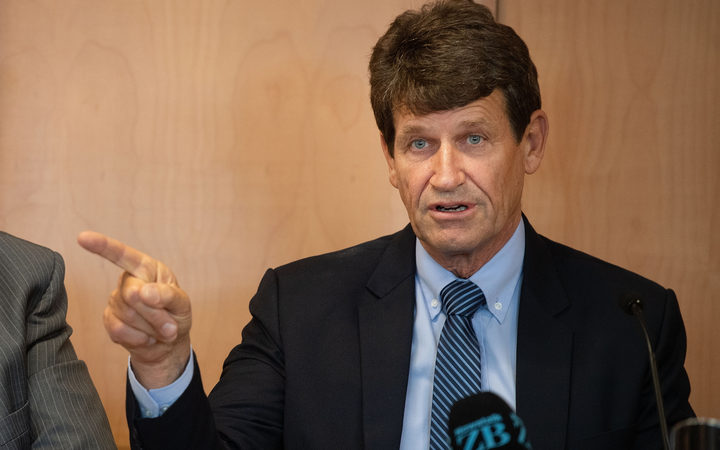 Mr Tipple told media today he searched company records and found that the shooting suspect had made online purchases between November 2017 and March 2018. Ammunition was also sold.

However, a military-style MMSA semi-automatic assault rifle believed to be used in the attack was not sold to him by the gun retail chain, he said.

There were two attacks last Friday in Christchurch - one at the Al Noor Mosque next to Hagley Park, and one at the Linwood Mosque.

He said was disgusted and dismayed at the atrocity and had written to Prime Minister Jacinda Ardern over the incident and had been in discussions with the police.

"We can't comprehend how such despicable actions could be carried out on those in prayer at their place of worship," he said. 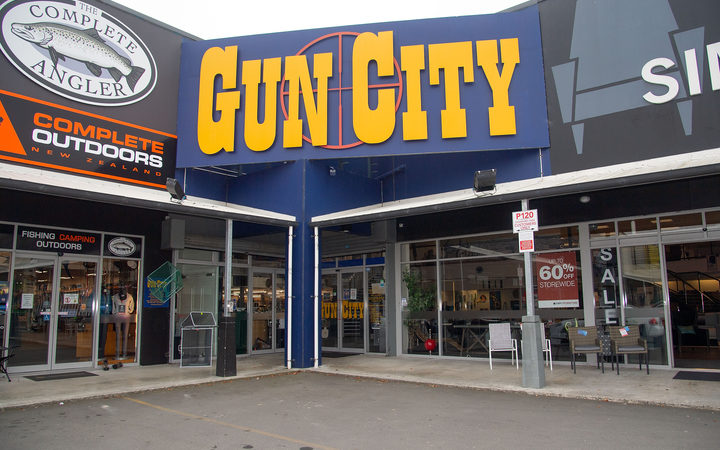 The Gun City store on the outskirts of Christchurch. Photo: AFP

Mr Tipple said it was unclear whether Gun City had sold a shotgun to the shooting accused.

"We have no way of knowing yet," he said.

Mr Tipple vigorously declined to answer any questions he viewed as relating to a wider debate over gun control and the police vetting process. He said it was a matter to be discussed at a later date.

"I have strong views on the matter and have positive suggestions to make, and will do so at a more appropriate time," he said.

He warned against emotional responses regarding the legal right to hold firearms.

The retail owner said he did not feel responsible for the shootings.

"I had a grandson comment to me: 'granddad, why do people think the guns were the problem? The guy was crazy'. He is six years old."

He said talk of "panic buying" of guns was a lie and that he was aware of people selling their semi-automatic firearms since the terror attacks.

Murder-accused Brenton Tarrant had a valid, basic Class A firearm licence, issued to him in November 2017.