Veteran Labour MP Phil Goff has confirmed he will run for the Auckland mayoralty next year. 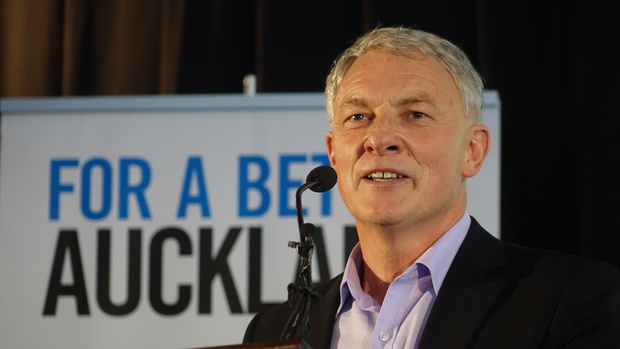 Mr Goff set out his broad plans at a campaign launch on Auckland's waterfront this afternoon, telling supporters he would focus on solutions to traffic congestion and on building more homes.

"Policies that give the building industry the confidence to gear up for construction will also make it easier for homebuyers."

Mr Goff has also come out against the sale of strategic assets.

He said two reports commissioned by the Auckland Council argue the case for selling the city's airport shares and perhaps the port company operation.

Mr Goff told several hundred supporters in Auckland he was also against further expansion of the city's wharves.

"We should be opening up our harbours to our people, not extending the port further out into the harbour just to create parking spaces for imported cars."

Mayor Len Brown announced this month he would not seek re-election. He cited family reasons and also said a two-year extramarital affair, which was revealed in 2013 just after he had been elected to a second term, would hurt his chances of seeking a third. 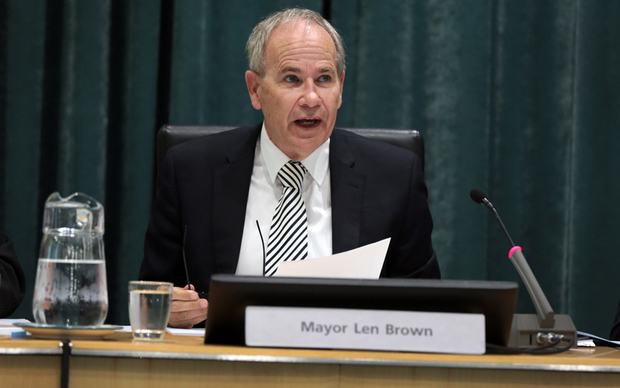 Len Brown has led the city since amalgamation five years ago and will not be seeking re-election. Photo: RNZ / Diego Opatowski

Mr Goff, 62, has served 31 years as Labour MP for the central Auckland electorate covering the Roskill area, and was a cabinet minister for 15 years in both the Lange and Clark-led Governments. He became Labour Party leader after Helen Clark's loss in 2008, but stood down after Labour suffered a second defeat in 2011.

He will run as an independent, but said he would continue in his current role as MP for Mt Roskill and resign only if elected to the mayoralty.

"I was elected MP for Mt Roskill for three years and I would resign that role and force a by-election with reluctance."

He will seek leave of absence from Parliament next year when campaigning intensifies.

Labour Party leader Andrew Little said Phil Goff had support from across the political spectrum for his bid to become the Auckland mayor.

Mr Little said Phil Goff would bring an enormous amount of stability, experience and seniority to the role of mayor and he seemed to have a broad political appeal.

"He's got widespread name recognition so we haven't seen a big name emerge from the centre right yet, even though it's early days."

The only other confirmed serious candidate for the mayoral contest in October next year is one-time National Party candidate Mark Thomas, is a member of the council's Orakei Local Board.

A new grouping, Auckland Future, backed by National Party figures, is looking for a strong mayoral candidate but has as its priority, winning a majority on the 20-seat council.

Watch video of Len Brown speaking earlier this month about why he would not be standing again, and the effect of his extramarital affair.