The global world of indigenous film-making has arrived in the small Kapiti Coast town of Ōtaki. 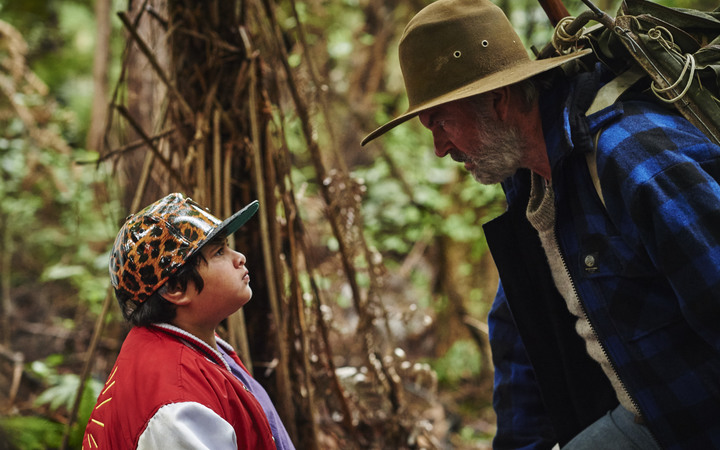 Kiwi hit Hunt for the Wilderpeople is among films screening at the festival. Photo: Supplied

The Māoriland indigenous film festival will screen over 120 films this week, from shorts of a few minutes through to full-length features.

The Māoriland festival is on a circuit of indigenous film festivals around the world. Filmmakers from as far away as the Arctic circle and Canada are in Ōtaki for the week to show their films and interact with audiences and other film-makers.

Festival director Libby Hakaraia said the event was a chance to shares ideas and stories from indigenous peoples around the world.

"The United Nations says there are 370 million indigenous peoples around the world [and] we know there's more than that, a lot more than that.

Indigenous films were not just about making money, but sharing narratives about identity, Ms Hakaraia said.

"The Hollywood system and the European film market, it's all about the money. And actors are just part of the product," she said

Hit New Zealand film Hunt for the Wilderpeople is among the films screening at the festival.

Wilderpeople actor Julian Dennison was asked by the organisers to be a patron for the event as a way to encourage young Māori into film-making, and said it was a great honour.

"It makes me feel like someone who is knighted or something, which I'm not - I'm just a kid who loves film and loves being around it and loves seeing other kids my age and kids younger than me and older than me loving film as well and appreciating it," Dennison said.

"Not just the action films but the films with kaha and mana - the films that actually tell a story."

The films were about telling stories from an indigenous perspective and not anybody else's point of view, he said.

"It's not just New Zealand indigenous films here, it's from around the world. Which is really cool."

One of the other films screening is the documentary Mele Murals, about Hawaiian grafitti artist Estria Miyashiro, who uses his art to help indigenous Hawaiian youth to reconnect with their culture.

"In our adult lives we've learned a lot about our culture. It's helped shape our identity," Miyashiro said.

"We've reclaimed a lot of our Hawaiian-ness. For Hawaiians we're still coming to remember our identity and I think that our generation is the one that has to struggle with, what is our identity? So that the next generation, the youth that we teach, grow up knowing their identity. They don't spend time wondering about it."

People connected with the film in different ways depending on their relationship to their culture, he said.

The Māoriland film festival will be running through to Sunday.