At 7.30am, Andy Moles was told his left leg would have to be amputated below the knee, or his life could be in danger.

At midday, he went into theatre for the life-altering operation.

The former Warwickshire opener was in hospital for four more days. When he got out, he informed the Afghanistan Cricket Board he was ready to return to work as director of cricket and chairman of selectors and, 10 days later, he did just that.

Now, less than 10 weeks after the operation, and only days after having a prosthetic leg fitted, Moles is already on the way to walking 10km in aid of the Professional Cricketers' Trust. 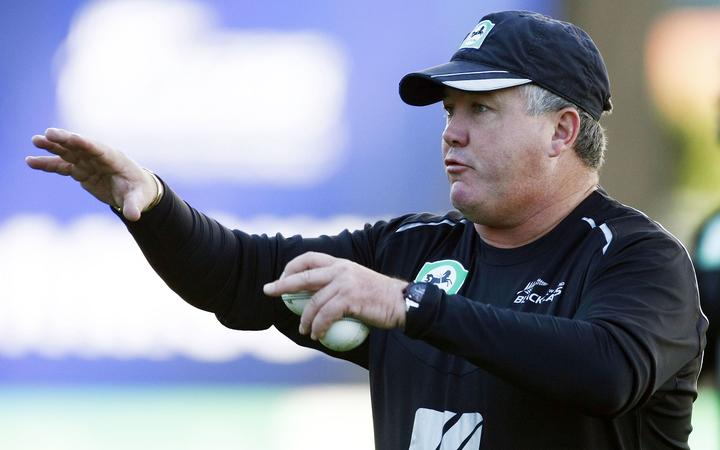 Moles was with the Afghanistan team in Abu Dhabi, preparing for last September's tour of Bangladesh.

When he returned from a 5km walk in 47C heat, he discovered the skin on the ball of his left foot had gone.

That set off a chain of events that included an infection, a skin graft, two weeks in a Bangladeshi hospital, a spell on crutches and a separate injury to the little toe on the same left foot.

When the toe got infected, it had to be amputated. While Moles was in hospital in South Africa, the place the 59-year-old now calls home, he contracted MRSA in the lower part of his left leg.

"The surgeon had been warning me for four or five days that he didn't like the way the infection was spreading, that it might result in an amputation," Moles explains.

"On the morning of 4 April, he told me if they didn't amputate, it could lead to the loss of the whole leg, or septicemia and a threat on my life.

"As difficult a decision as it may seem, it's actually quite simple. I said to him: 'I wouldn't expect you to tell me how to play a forward defensive, so I won't question your expertise as a surgeon.'"

Moles had about four hours to think about what he was about to go through, what he was going to lose and how his life would change forever. 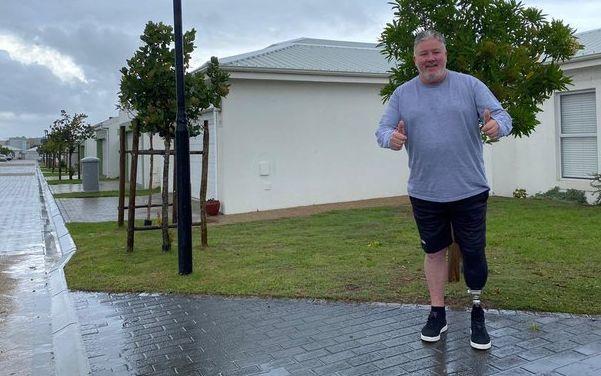 "For half an hour after he left my room, I felt very sorry for myself and I had a wobbly bottom lip," he says.

"Then, I was hit by the selfishness of my actions. I still had my life and two great kids that mean the world to me. Yes, it was going to be difficult, a huge challenge, but people who know me will know I thrive on challenges.

"It is traumatic, but there are thousands of people in the world that have got over this, and I'm going to be one of those people."

Moles had an 11-year career that yielded more than 20,000 runs in first-class and List A cricket.

Part of the Warwickshire side that won three trophies in one summer in 1994, he played with Allan Donald, Brian Lara and Dermot Reeve.

And while the support from former team-mates and opponents was constant in the days and weeks after the operation, Moles kept his news from the wider public because he "doesn't do well with pity".

It was only after a prosthetic leg was fitted last Friday that Moles' brother and his former Warwickshire team-mate Tim Munton release pictures on social media. 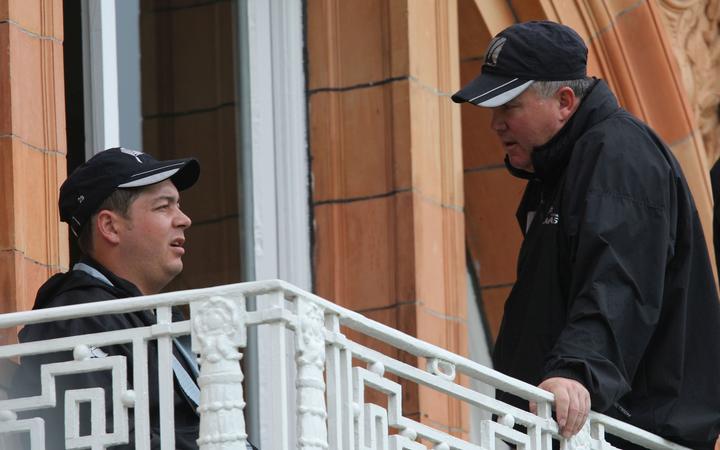 Andy Moles (right) and Jesse Ryder talk on the pavilion balcony at Lord's in 2009. Photo: Photosport

Now, Moles - who has had spells coaching New Zealand, Scotland and Kenya, and led Afghanistan at their first World Cup in 2015 - is hoping he can spur all players, past and present, into action.

The Professional Cricketers' Trust, which supports players and their families during and after their playing careers, is facing a shortfall of about £250,000 as a result of the coronavirus pandemic.

It has launched the #charity10for10, asking those taking part to cycle, run or walk 10km, then donate £10 to the Trust and challenge three others to do the same.

Less than a week after being given his new leg, Moles is already 400m into his 10km, which he wants to complete in increments over the next month.

"At the moment, I use a zimmerframe for support, to stop me from falling over. The goal is to do the last 1,000m unaided."

And he has bigger plans than inviting only three others to join him.

"I'm challenging all cricketers and all ex-players. If I can do 10km with one and a half legs, then all players, past and present, can do the same."

Moles is not only determined to complete the 10km, but also to make a full return to coaching.

"I haven't lost my brain or cricket knowledge," he says. "As far as coaching goes, there's no need for me to be running around a field. I can hit catches, I can pass on messages and I can talk tactics. I don't see it being an issue at all."