Australian Paralympic tennis champion Dylan Alcott has slammed the omission of the wheelchair tournament from the US Open, calling it "disgusting discrimination". 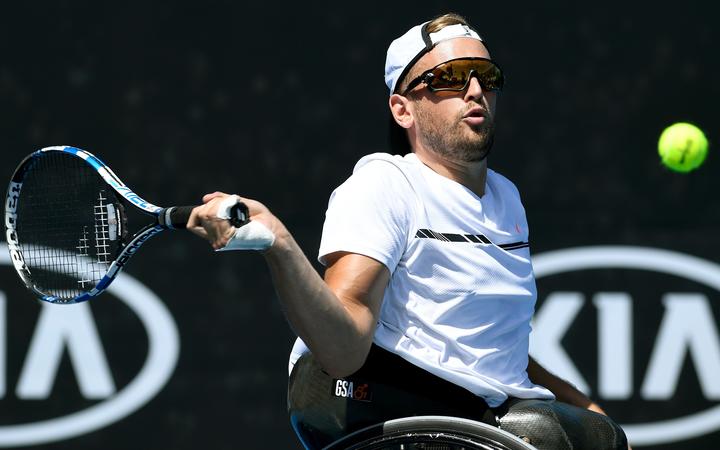 Alcott, who won the 2015 and 2018 wheelchair singles titles at Flushing Meadows and is the reigning doubles champion, said players were not consulted and posed no greater health threat than able-bodied entrants.

With the coronavirus still rife in the United States, the Aug. 31-Sept 13 U.S. Open is going ahead without fans or a qualifying tournament for able-bodied players.

"I thought I did enough to qualify - 2x champion, number 1 in the world," Alcott wrote on Twitter. "But unfortunately I missed the only thing that mattered, being able to walk. Disgusting discrimination."

The organisers have also eliminated the mixed doubles and juniors competitions while reducing the number of teams in men's and women's doubles events by half.

Tournament director Stacey Allaster said organisers are providing $3.3 million each to the men's ATP Tour and the women's WTA in relief grants and subsidies.

"We had to make the really difficult decision that that extra load of the number of bodies that is in the multiples was outside something we felt we could handle ultimately to mitigate the risk and the health and well-being for all," she told reporters on a video conference.

The International Tennis Federation (ITF), the governing body of wheelchair tennis, said it "understands and shares the disappointment" caused by the decision.

"We continue to discuss with the organisers potential approaches that could allow the Wheelchair Tennis competition to take place either on or off site," the ITF said in a statement.

Melbourne man Alcott has won 10 wheelchair Grand Slam singles titles and took the singles and doubles gold at the 2016 Paralympic Games at Rio.

"And please do not tell me I am a 'greater risk' because I am disabled," the 29-year-old wrote.

"I am disabled yes but that does not make me SICK.

"It is blatant discrimination for able bodied people to decide on my behalf what I do with my LIFE AND CAREER just because I am disabled. Not good enough," he wrote.