Fans should get used to a greater number of penalties in the early stages of Super Rugby Aotearoa as teams adjust to new rule interpretations but the end result should be a more open, free flowing game, according to Chiefs coach Warren Gatland. 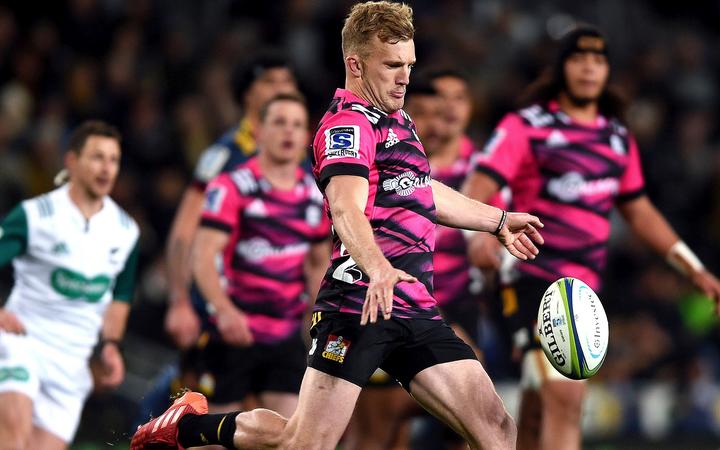 Damian McKenzie of the Chiefs, unleashes a kick during the Super Rugby Aotearoa match between the Highlanders and the Chiefs in Dunedin. Photo: Photosport

Both matches of the opening round of the competition last weekend were characterised by a heavy penalty count, with 58 in total being awarded as the referees policed the breakdown, tackle area and offside line much more strictly.

That was about 50% higher than the typical match count.

"With any interpretation or adjustment in the way the rules are being applied it always takes a couple of weeks for teams to adjust," Gatland told reporters ahead of his side's clash with the Auckland Blues in Hamilton on Saturday.

"I don't have a problem and what we saw at the weekend we only see positives in that, we just need to adjust to it."

New Zealand Rugby referees boss Bryce Lawrence said earlier this week the policing of the offside line had led to the majority of the new penalties.

Lawrence told TVNZ that Super Rugby matches over the last two years had typically led to only two penalties for being offside. Last weekend there were an average of seven.

All of the penalties had come on the advice of the assistant referees and Gatland said that would eventually create more space as teams adjusted.

"Players are getting bigger and more physical every year so there's not that much space on the rugby field," Gatland said.

"You create space by getting quick ball (and) refereeing the offside line strongly.

Gatland named his side on Thursday for the clash at Waikato Stadium, and would continue to be without new All Blacks captain Sam Cane, who has a niggling back injury.