The All Blacks captain Richie McCaw has given his biggest hint yet he may retire from rugby after this year's World Cup in England in September and October. 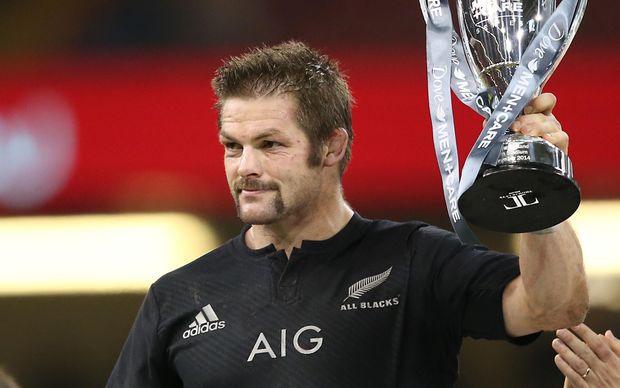 The 34-year-old, who has led the All Blacks in 101 Test matches, told TVNZ he is considering hanging up his boots.

He says in all likelihood he says he can't see himself carrying on playing, but also doesn't want to make a big call now and then change his mind.

McCaw says it is unlikely but not a hundred percent.

He also squashed rumours he is seeking a lucrative French contract, saying the big money on offer overseas isn't likely to lure him.

A report out of France earlier this week linked him with a move to Pau after the World Cup.

The French second division side has already signed up his All Blacks team-mate Conrad Smith.

However McCaw says if he was still enjoying his rugby and wanted to carry on playing then it would be here.

Radio New Zealand's rugby reporter Barry Guy says this is the latest hint that 2015 is likely to be his last in rugby and the issue is likely to carry on for a while yet.

Guy feels that perhaps the modest McCaw doesn't want a big occasion to be made of his retirement and so he wants to all but confirm his decision.

Guy feels that if the All Blacks win the World Cup this year, then that could be the captain's swansong, however if they don't win it then he wouldn't be suprised if McCaw played one more season with the Crusaders.