A crafty octopus has squeezed through a gap in its enclosure, down a narrow drain and escaped from a Napier aquarium. 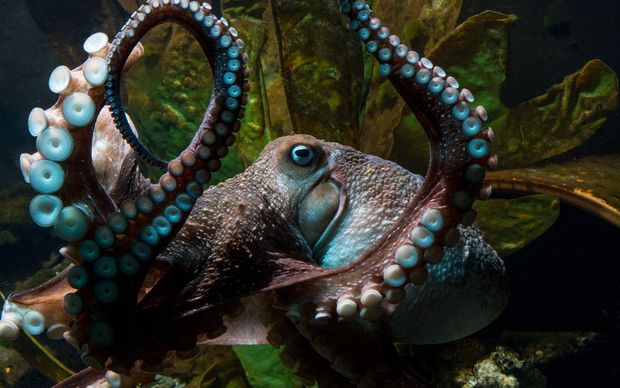 Inky the common octopus took advantage of his tank's lid being left slightly ajar and fled to the Pacific Ocean.

Despite happening three months ago, news of the breakout is only emerging now.

"They can fit through very very small spaces, even quite a large octopus they can squeeze down to the size of their mouth which is the only really hard part of their body it's a beak, very much like a parrot beak."

On the day of Inky's escape, maintenance work was being done and the lid to the octopus' tank had been left slightly open.

Mr Yarrall said Inky slipped out of his enclosure and across the floor to a drain hole 150 mm in diameter, used for taking water back to the ocean.

"He managed to make his way to one of the drain holes which go back to the ocean and off he went - and he didn't even leave us a message."

He said the next day staff found his trail and checked the pipework which Inky had climbed down - but he was already gone.