Police seaching in Porirua for two teenage girls who have been missing for a week say they think the girls are staying with someone they know. 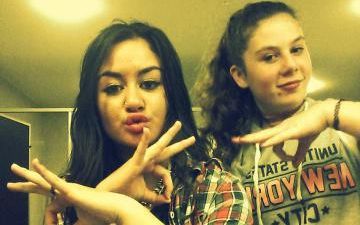 Ziana Repia, 13, and Sunshyne McLean, 15, attend Aotea College and were last seen on 5 November in school uniform, which is dark blue with aqua striping and a white shirt.

Constable Robert Eastham said they had had some false sightings from the public, but they thought the girls are okay at this stage.

"We understand that they are staying with people that they know, we just don't know who, we don't know where and we need to find out if they're okay and why they don't want to come home and how we can help them sort that out."

The girls tried to leave Porirua six months ago and were found in Otaki, he said.