Train services between Wellington and Porirua will not be running tomorrow morning after a big branch from a tree fell on overhead lines today. 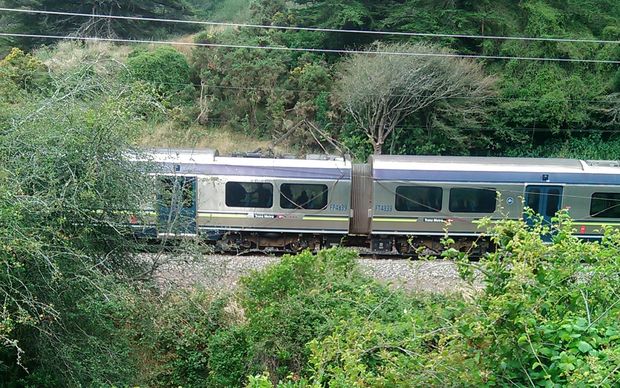 A train has become stuck north of Wellington after a tree fell on overhead lines. Photo: RNZ / Anne Jolly

KiwiRail said buses would replace the service but travellers are still advised to make other travel arrangements.

Eighty people had to be evacuated from a train after a big section of a macrocarpa tree fell onto the power lines near Takapu Road, shortly after 3pm near Tawa.

When the train travelled through the section of track soon after it pulled down about 100 metres of overhead wires and caused a scrub fire about 20 metres away. 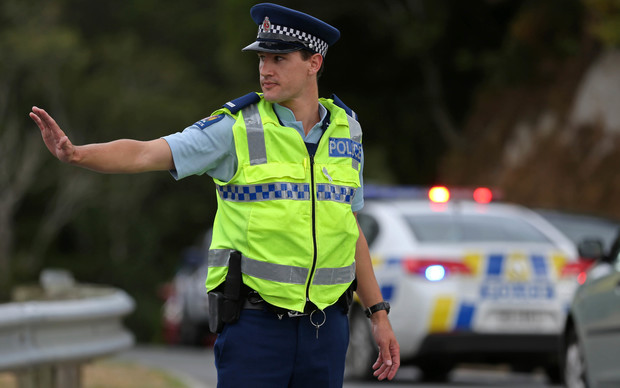 Police direct traffic near the problem on the lines. Photo: RNZ / Alexander Robertson 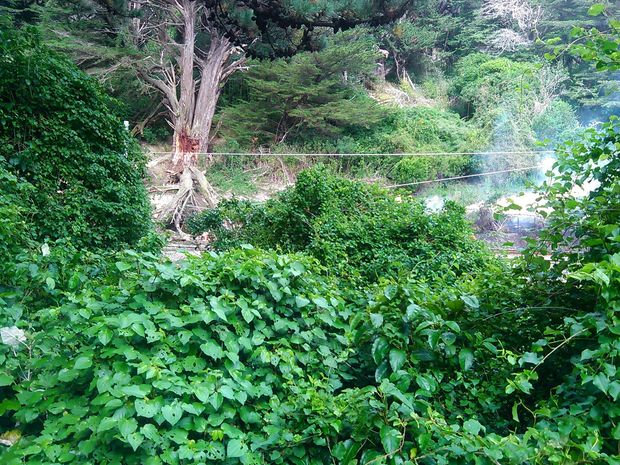 A scrub fire was sparked by the fallen branch. Photo: RNZ / Anne Jolly

Passengers had to wait aboard for about an hour while the fire was extinguished, before they could be transferred to buses.

The train is still on the tracks and engineers and officials are assessing the damage. 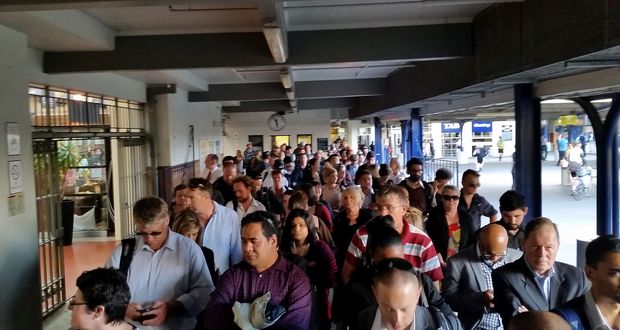 KiwiRail's general manager of Metro David Shepherd said there was no clear timeframe for when services could resume.

"Obviously given the fact that it's pulled down 100 metres of line and we've now got a disabled train because there is some damage to the train, with the pantograph having been pulled off the train, we're not sure of the timing."

All services between Wellington and Porirua will be affected tomorrow morning including freight as well as the Capital Connection commuter train between Palmerston North and Wellington.