What do you do when the local hospital grounds are looking a bit rough? Three-billy goats gruff should be enough. 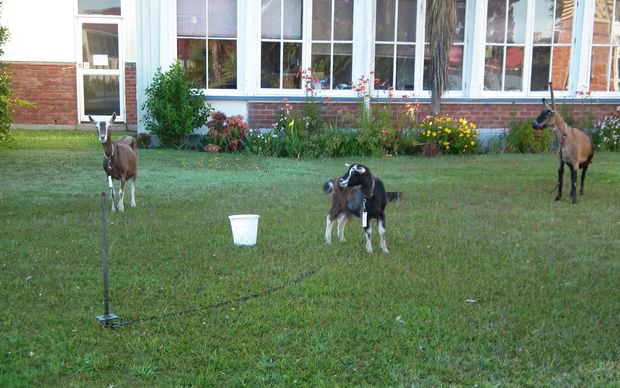 Buller Hospital, in Westport, has attracted the keen eye of locals after its normally pristine grounds started to look a bit paddock-like around the edges.

After the Westport News highlighted the issue further on Thursday, a cheeky resident took things into their own hands and under the cover of darkness tethered three goats, named Amy, Bruno and Scarlett, outside the hospital.

In a note to the newspaper today, the very keen reader said the goats had come to town to replace the broken mower.

By mid-morning, the goats were gone and a contractor was mowing the lawns, the Westport News reported, adding that the hospital's ride-on mower had broken down about a month ago.