A flagship project of Auckland Council aimed at improving lives in poor south Auckland communities has hit trouble amid damaged relationships and an allegation of racism.

The council has pruned back a funding increase for its Southern Initiative and is sending in its chief executive to help guide the ambitious project over the next few months.

General manager John McEnteer on Thursday asked the council for a 10-fold increase in the annual budget to nearly $2 million. Mayor Len Brown countered with an offer of just $500,000 more. 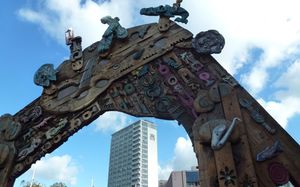 The meeting was told not all local boards back the project, and the chair of the council's Independent Maori Statutory Board David Taipari said some boards feel too many Maori are involved.

Radio New Zealand's Auckland correspondent Todd Niall said a clear explanation of what has gone wrong in the Southern Initiative is hard to find, but relationships appear to be a critical element.

The formula used when the project was set up two years ago was for a small team, with a modest budget of just $180,000 a year, to broker new ways of connecting taxpayer funding to community-based schemes.

"We are hearing from some of our grassroots community groups that we need to go back down into those grassroots to resest some of those key relationships, and we need to mend some bridges with Wellington," she said.

Council chief executive Stephen Town said there was uncertain commitment from central government around genuinely sharing the decision-making about investments with the Initiative.

The small Southern Initiative staff is overseen by a steering group which some councillors consider too cumbersome.

Mr Town said several of the council's local boards were not solidly behind it, and meetings sometimes fail for lack of a quorum.

Independent Maori Statutory Board chair David Taipari spoke of an anti-Maori sentiment in some local boards.

"I've been told on more than one occassion that local boards don't want to be in there because too many Maori are on the steering committee. It's terrible."

The councillor leading the steering group, Alf Filipaina wouldn't comment on that claim, but is frustrated about the additional funding being cutback, calling it disappointing.

Mr McEnteer sat silent at the council table through the debate, and didn't want to comment afterwards.

Mr Town will take on a troubleshooting role to unravel the difficult relationships and structure, which appear to have bogged down the work.

But Len Brown insists there is nothing fundamentally wrong with the Southern Initiative.

There are some positive signs with Mr Town saying a Government budget announcement next week is expected to boost the initiative, and a council meeting with cabinet ministers next month will focus on the project.