This term of Parliament will be dominated by Covid-19, with the government's plans and promises focused on the pandemic. 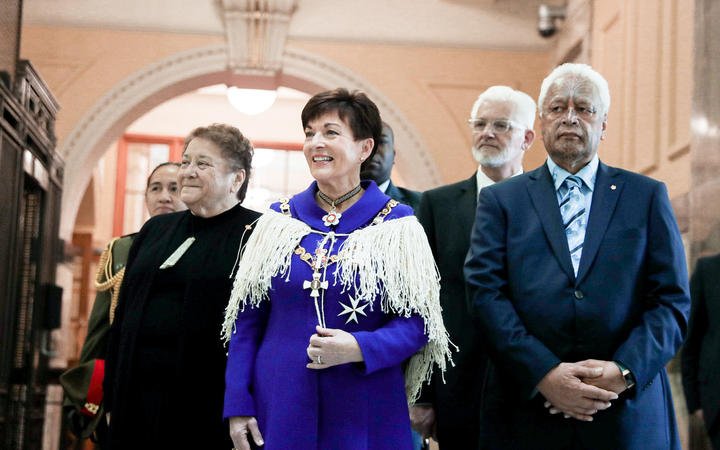 The Governor-General has laid out the government's intentions in the traditional Speech from the Throne, during the State Opening of the 53rd Parliament.

Rain meant there was less of the planned pomp and ceremony on Parliament's forecourt.

Mana Whenua greeted Dame Patsy as she entered Parliament, and made the procession into the Legislative Council Chamber.

The speech, which is penned by the Prime Minister's office, reiterated much of Labour's election manifesto.

It said that Labour was taking office at a time of "unparalleled international crisis", and New Zealand would not be immune to the health and economic impacts of Covid-19.

The speech said that crises do not form an "orderly line waiting to be addressed" and highlighted three long-standing issues that the government was committed to "relentlessly pursing progress on" - affordable housing and homelessness, child poverty, and the global climate crisis.

Dame Patsy said the Labour government would have three overarching objectives - to keep New Zealanders safe from Covid-19, accelerate the economic recovery, and to lay the foundations for a better future.

"Nothing in the programme set out today will come easily. But our opportunities and potential greatly outweigh our problems.

"It is the government's aim to achieve change alongside consensus. That is why it has committed to being a government that will govern for all New Zealanders," she said. 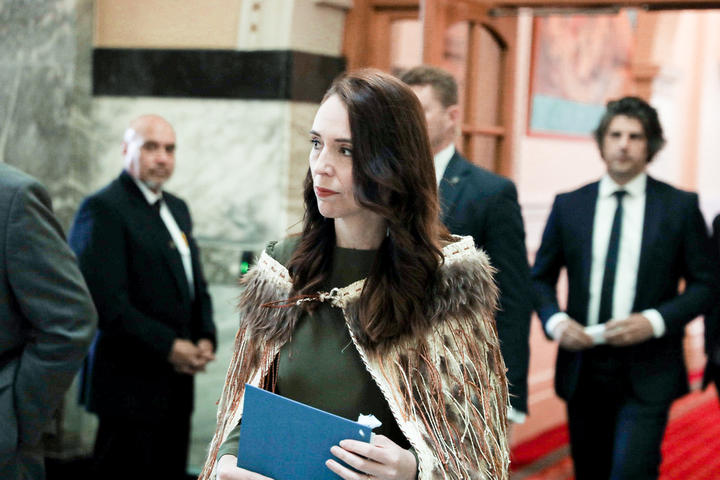 The Speech from the Throne is written at the direction of the prime minister, although it is delivered by the Governor-General. Photo: RNZ / Samuel Rillstone

On Covid-19 she reiterated the government's commitment to an elimination strategy, strengthening border protections, enhancing contact tracing and testing, and working to deliver effective and free vaccines as soon as they are available and safe to administer.

"The government is working to deliver effective and free vaccines to New Zealanders as soon as they are available and safe to administer.

"Recent news of the progress in vaccine development is welcome and a bright spot on the horizon. This will be a central focus for the government next year".

Dame Patsy laid out Labour's plan for accelerating the economic recovery, including investment in infrastructure.

"These investments in housing, transport, schools and hospitals will help future proof our economy as well as create jobs. It also provides a pipeline of work that will provide businesses with confidence and certainty to invest in capacity to undertake these projects," she said.

Dame Patsy said housing would be a priority for the government.

"The government has set out the parameters of what it is prepared to consider during the election campaign. This will not change. But there is room to do more to support both the supply and demand side of housing to see outcomes that are more productive and fair."

She confirmed that in the first six months of 2021 the government intends to release an exposure draft of key elements of the first bill to repeal and replace the Resource Management Act. 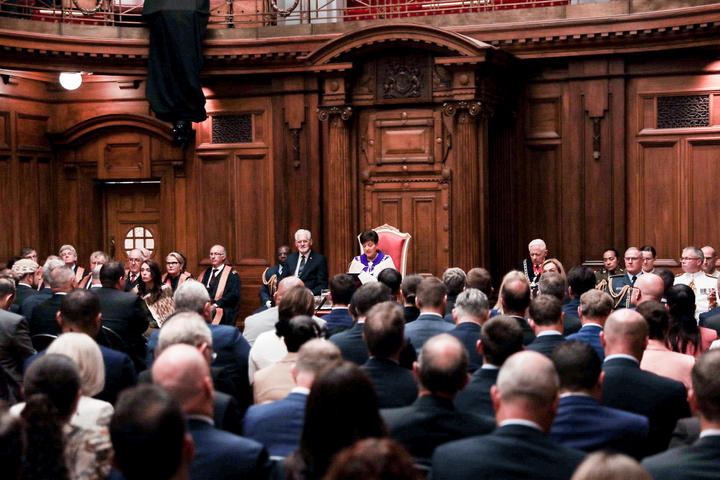 Dame Patsy detailed the government's plans to invest in trades training, reforming the vocational education system, focus on creating opportunities to get people back into work, and to reinstate the Training Incentive Allowance, and lift abatement thresholds.

"History shows that significant economic events have a disproportionate impact on women, Māori and Pacific communities, and our focus will ensure our recovery responds to that.

"As well as creating jobs, the government will remain focused on growing the incomes and wages of New Zealanders, especially those earning the least," she said.

Dame Patsy said the government is committed to the shift away from fossil fuels.

"It is a shift that will create jobs, improve the environment, and enhance New Zealand's global brand which our exporters trade on.

"It will remove barriers to renewable energy generation through a National Policy Statement and also investigate regulatory or market barriers to the uptake of solar micro-generation on residential and commercial buildings," she said.

The speech also focused on the government's intention to rebuild better, with wellbeing a continued priority.

"New Zealand's response to Covid would be insufficient if it were to simply return us to the way we were before the virus.

"Recovering and rebuilding entails determined and connected action by government. That action can, and will, be used to reshape the economy to be more productive, more sustainable, and more equitable," she said.

She outlined the government's plans to prioritise investment in public transport, support farmers, address child poverty, and continue to overhaul the welfare system.

Dame Patsy also said the government has promised to strengthen Māori-Crown relations, and to ensure Oranga Tamariki partners with iwi, hapū and Māori organisations, and continue to invest in Whānau Ora.