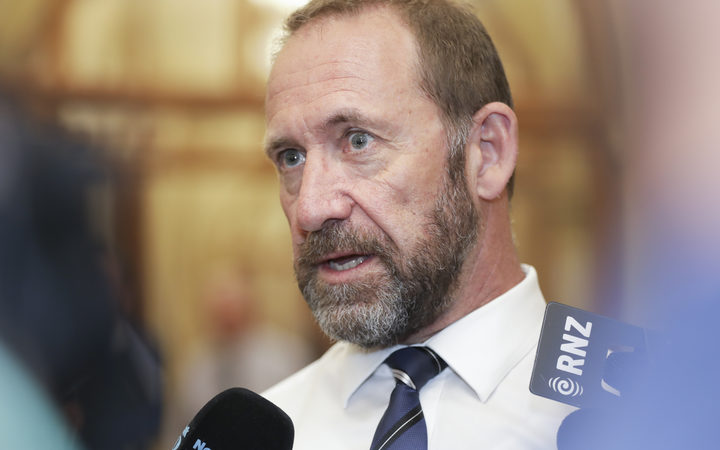 Police are making enquiries into the incident on State Highway 2 near Ōpōtiki on Friday last week.

Mr Little said a car overtook his VIP vehicle, jammed on the brakes and then blocked the road, before the driver handed over a meaningless "trespass notice".

Ngāi Tamahaua - a hapū of eastern Bay of Plenty iwi Whakatōhea - claimed responsibility on Tuesday, saying one of its members took action in protest over the minister's handling of their settlement talks.

Māui Hudson, who is one of the Crown-recognised negotiators from Whakatōhea Pre-Settlement Claims Trust, said "a small group of people" were going to extreme lengths to make their case.

"It really demonstrates a lack of sensitivity and thoughtfulness for the people and a lack of manaaki (support) for others."

Mr Hudson, who is also a member of Ngāi Tamahaua, said such behaviour was diminishing the hapū and iwi in the eyes of the public.

"It's really disappointing that they're using our name and our ancestors in that manner," Mr Hudson said.

"I think the wider iwi-whānui are becoming tired of the divisive actions that they're taking."

'We will not be bullied'

Ngāi Tamahaua and other hapū oppose the mandate of Whakatōhea Pre-Settlement Claims Trust - including Mr Hudson - to negotiate the iwi's Treaty settlement.

A Waitangi Tribunal report last year ruled the Crown had unfairly negotiated a $100 million deal in principle with a group that did not have the backing of the whole iwi.

A subsequent iwi-wide vote delivered a confusing and inconclusive result due to the wording of the questions.

Voters overwhelmingly asked that the negotiations be halted while the Tribunal carried out an inquiry, but a slim majority also supported the Trust to continue talking with the Crown.

Ngāi Tamahaua disputed the legitimacy of the vote due to it having been facilitated by the Trust. The Waitangi Tribunal has since agreed to launch an inquiry into the historical grievances of Whakatōhea.

In a statement, Ngāi Tamahaua spokesperson Tracy Hillier said negotiations should be halted until after the inquiry was complete and all the facts were on the table.

She said the government was undermining the hapū by continuing to fund and recognise "a hollow trust of unaccountable individuals" and their negotiators.

"We will not be bullied around by Wellington," she said.

"I urge Cabinet to rescind that trust's mandate status so that we can normalise relations."

He said waiting for the inquiry's outcome was unlikely to improve the iwi's leverage in negotiations and could delay a settlement by 10 or 15 years.

"We were already negotiating with the Crown on the basis that the grievances to Whakatōhea were at the highest level possible and that they would take that into account."

Mr Hudson said the $100 million deal in principle could go a long way towards helping the community right now.

"Looking at our settlement in the context of other ones, it's a fair and durable settlement."

Mr Little said discussions were underway as to whether there was "anything further to be gained" from continuing negotiations.

"Whakatōhea have got some very important challenges they're dealing with internally and I think the role I play as Minister... is to support them to enable those issues to be resolved."

As for the supposed "trespass notice," Mr Little said it had no validity and would not stop him returning to the area.

"This was an act of lunacy by a lunatic," Mr Little said yesterday.

But Ngāi Tamahaua deputy chair Tim Herewini disputed the minister's account as "hyperbole" and said the notice had been served "without the drama" the minister had portrayed.

"The fact the limousine window was wound down to receive the notice would indicate that the hapū official's conduct was professional and that the minister's behaviour was compliant.

"Mr Little was forewarned of this eventuality several times in correspondence with the hapū and it should have been no great surprise to him."

Mr Herewini reiterated that Mr Little was not welcome in the hapū's territory between Whakatāne and Torere.

"It would not be at all helpful if the minister insists on another incursion when he has not asked or been granted permission to transit the rohe."