The Crown has again been accused of rushing to finalise Treaty settlements at the expense of giving iwi a fair hearing. 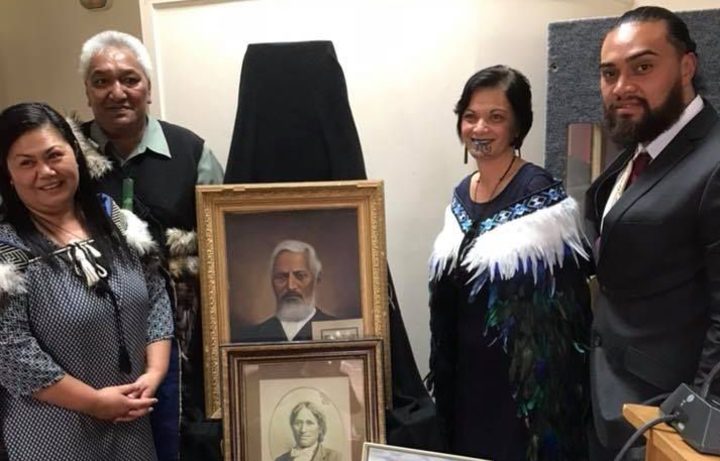 Some of the claimants. Photo: Supplied

In a decision out today, the Waitangi Tribunal found the Crown breached the Treaty of Waitangi by negotiating a $100 million deal with a group from Whakatōhea that didn't have the backing of the whole iwi.

The Eastern Bay of Plenty Iwi have endured some of the worst Treaty breaches, which include the confiscation of 144,000 hectares of land.

But Crown attempts to push through the Treaty settlement have been criticised by the Waitangi Tribunal.

Judge Michael Doogan said in a statement that the Crown failed to act honourably, or in good faith, when it pushed ahead with signing an Agreement in Principle with a group that didn't have the iwi's full backing.

"We believe it came about because the Crown effectively prioritised its political objective of concluding settlements by mid-2020 over a process that was fair to Whakatōhea.

"This not only caused prejudice to Whakatōhea, it also puts at significant risk the prospect of a durable settlement based upon a restored Treaty relationship.

"The particular circumstances within Whakatōhea in 2016 that were known to the Crown required more than the expedient of picking and backing the group considered most likely to achieve the Crown's objective of a quick settlement."

Late last year, the Tribunal found the Crown had also breached the Treaty in negotiations with Northland iwi Ngāti Wai by negotiating with a group that didn't have the mandate of the whole tribe.

In an ongoing dispute in the Far North, home to the country's largest iwi, Ngā Puhi, have been engaged in a lengthy battle with the Crown over who will negotiate its Treaty settlement.

Last year, its Pre-Settlement Claims Trust agreed in principle to a $100 million deal.

But five of the six hapū of Whakatōhea called for an urgent Waitangi Tribunal hearing to dispute the right of the trust to represent the iwi.

However, trust representative Maui Hudson, said they believed they had the backing to negotiate the deal.

"The Trust has always believed that it was representing the views of the majority. What wasn't clear I think to the tribunal in the hearing is what the level of support of the opposition was.

"A vote will give a clearer picture of the mandate which the pre-settlement trust has to continue negotiations with the Crown."

But Te Ringahuia Hata, from Ngāti Ira hapū, said Ngāti Ira have never given their mandate.

"As I say it was never about money for us, it was about mana. For Ngāti Ira we dedicate this report to the late John Kameta, he was the original claimant and led the hapū.

"He's mentioned in there that Ngāti Ira never gave their mandate, and Ngāti Ira will speak for Ngāti Ira."

The Whakatohea settlement had been expected to be finalised by the end of this year.

But the Tribunal recommends a halt in negotiations while the iwi had a chance to vote on how it wanted to proceed, and that the Crown should commit to maintaining its current settlement offer of $100 million and pay interest.

'We seek to work with those iwi to put it right'

Minister for Treaty of Waitangi Negotiations Andrew Little said going back to hapū for another vote on who should have the mandate would restore the integrity of the negotiation process.

He dismissed criticism of the Crown rushing settlements and said everybody, including iwi, wanted a conclusion to the treaty settlement process.

"In the end the partnership that was anticipated by the original treaty cannot really start until the grievances of the past have been addressed and we can create that foundation for the future.

"There's a broad consensus between the main parties, if not all parties, that this is a thing we've all got to get on with so I'm not going to criticise the previous government.

"The tribunal has made its ruling and made its findings. We live with that and we seek to work with those iwi to put it right, and that's what we'll do."