Finance Minister Bill English has signalled he expects the Reserve Bank to take further action to rein in rising house prices in Auckland. 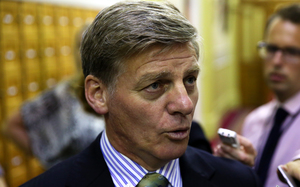 But Labour Party housing spokesperson Phil Twyford said the Government should do more, rather than leave it up to the central bank.

Fast rising house prices in Auckland continue to cause concern as they price many people out of the market.

There is also a worry that if house prices suddenly reversed it could have a serious economic impact.

Bill English said the Reserve Bank had a range of tools it could use to control the real estate market.

"They'll take action if they think it's getting, if they think there's significant pressure building up. They're not just going to take action because they might not like what they see. You know they'd need to make a case there is a threat to financial stability," he said.

Is the bank making that case?

But Phil Twyford said that response was not good enough.

"The Reserve Bank shouldn't be expected to pick up the tab for a failed housing policy by central government. The Government has to deliver increased supply and it has to do something about he rampant property speculation in Auckland. This government refuses to do either of those two things."

Mr Twyford said there was a shortage of up to 20,000 houses in Auckland and the Government should do its bit by building more.