District Health Boards may have to cut up to $200 million from their spending next year on official advice to the Government.

In the leaked cabinet committee papers, the Treasury has warned that the Government's operating budget was oversubscribed, and ministers needed to make some tough funding decisions in health.

The Treasury warned that under either option, DHBs would face considerable financial pressure, and cost efficiencies would be needed. 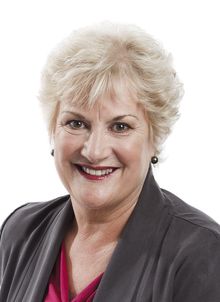 "This is not the first time they've been asked to make savings. Now the amount of money that's suggested in this paper is just over $80 million across all the DHBs for cost pressures. That is not acceptable and the DHBs will have to really start cutting into the bone. They've already cut as much as they can."

He said at a certain point there would be a risk to patients in terms of the services they received.

The quality of those services could be compromised, he said.

"The first cut will come in terms of salaries because they make up between 60-70 percent of the costs of DHBs."

"We're already seeing things like specialists packing up their bags and leaving because they just feel that the DHBs are not funding the areas they are responsible for sufficiently."

Health Minister Jonathan Coleman said the funding signal for DHBs for 2015/2016 had not yet gone out.

"What I can say is that every year health funding increases, every year services improve, every year DHBs are required to make savings and this year will be no different."

Dr Coleman expected resources would continue to be redirected from back office functions to clinical services.

The Nurses' Organisation meanwhile said the public health sector is at bursting point and further cuts would hurt patients and drive up the cost of health care.

Spokesperson Lesley Harry said patients are already suffering with health services stretched to the limit and further cuts would result in poorer health care at a higher price.

Ms Harry said nurses are under extreme pressure with short staffing levels and having to deal with increasing violence from frustrated patients.