A prominent Ngāpuhi elder is shocked to find inmates at Ngawha Prison are denied water and forced to relieve themselves in the exercise yard.

Hone Sadler said it was devastating to find such medieval conditions at the prison when iwi had such high hopes Ngawha would be different.

Chief Ombudsman Peter Boshier has released a report highly critical of conditions at the Northland prison, saying restrictions on access to toilets and water was "degrading" treatment.

Mr Sadler was one of the kaumātua who were promised by the government in 2004 that the new prison near Kaikohe would help Māori inmates turn their lives around.

"I'm pretty gutted with that kind of report, I'm shocked that this is happening in Ngawha," Mr Sadler said.

"That prison was set up almost as a model for rehabilitating Māori and that's not going to help people be rehabilitated." 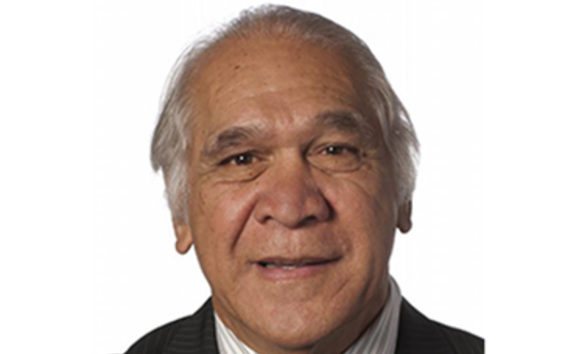 Hone Sadler said it was devastating to find such medieval conditions at the prison. Photo: Supplied

He said the government of the time also promised that Ngawha would house Northland prisoners so whānau could visit them, but that promise has also been broken.

Corrections also promised it would bring Māori elders in to run programmes for the Ngawha prisoners, to teach them and give them cultural support, Mr Sadler said.

Corrections Minister Kelvin Davis said what was recorded in the report was unacceptable, and Corrections had already made changes in the six months since that visit was made.

Mr Davis said the report justified the direction Corrections was heading in, including the Māori Pathway plan being run through Ngawha and Hawke's Bay Regional Prison.

This week the government announced Hōkai Rangi - a strategy to cut the number of Māori prisoners, and uphold their mana while inside.

In a statement to RNZ, the Department of Corrections said Ngawha prison was working hard to re-establish its relationship with iwi through regular meetings which had been taking place since November 2018.

"Prisoners are being supported to determine their iwi, hapū and marae where not known. A range of cultural programmes are delivered throughout the year, including Tikanga Mauri Tū Pae, and whakairo (carving) workshops also take place," said the department.

A supporter of Ngawha was Dover Samuels, who held the Māori Affairs portfolio when the prison opened in 2004.

He said the Ombudsman's report was disappointing for iwi and whānau who had backed the development of Ngawha.

But he said rather than be despondent, Māori needed to face the challenge head on to support their whānau.

The Chief Ombudsman, Peter Boshier, said the prison's relationship with iwi was fragile and the lack of cultural support for the Māori inmates was disturbing.

"When my inspectors went to the prison and endeavoured to engage in a way which was Tikanga Māori, there was no enthusiasm for a Māori angle to the way in which consultation should occur, no te reo Māori was spoken."

Mr Davis said the government had been working on its relationship with local iwi Ngāti Rangi.

"Anything we do we have to do with Ngāti Rangi's blessing as mana whenua," he said.

"We need them on board before we do anything in that prison when we can then bring in other iwi and we can start deciding and refining what we're going to be doing differently."

JustSpeak co-chair Julia Whaipooti, who sits on the Justice Advisory Group, said the Ombudsman's report revealed the extent of the culture shift required at prisons like Ngawha for Hōkai Rangi to be successful.

Ms Whaipooti told Morning Report when people are treated like animals in jail, there was no need to ask why they reoffended when they came back to the community.

"It is very clear Corrections do not have the expertise in how to work with Māori," she said.

"And what does partnership look like in this way? It's them listening and being led by Māori ... it is fundamentally a culture shift."

Ms Whaipooti asked people to imagine how they would like someone they knew and loved to be treated if they had done something wrong and were locked in prison.