Oranga Tamariki has revealed more details about the harm and abuse being done to children in its care - and who is doing it.

In March, the Ministry for Children released its first two reports on safety of children in care, covering the six months to December 2018.

In that period, there were over 300 instances of neglect, or emotional, sexual or physical abuse.

The alleged abusers include caregivers, parents, other children, adult family members and - in some cases - Oranga Tamariki staff members.

At the time, the ministry said while the figures were "distressing", it wanted to release the data to be open and transparent, and to learn from it.

But when Oranga Tamariki released the reports, it did not provide complete figures about the alleged abusers, or whether the harm occurred in a placement or outside of it.

Instead, the different categories were represented on coloured bar graphs and specific figures were only provided in some instances. 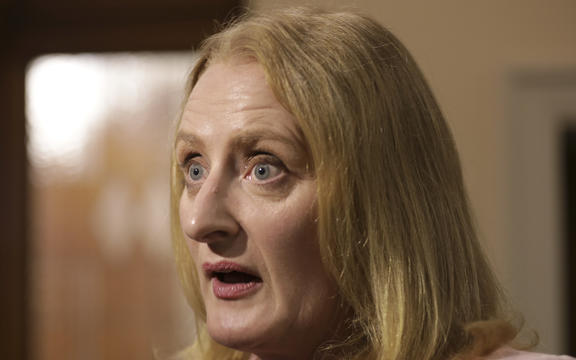 When asked about the reports and their findings in March, ministry's chief executive Grainne Moss could not provide more detailed numbers about the number of Oranga Tamariki staff involved, other than to say the numbers were low.

The newly-released figures were obtained under the Official Information Act and show that in the July to September 2018 quarter, there were three instances where Oranga Tamariki staff were found to have physically harmed a child in care.

In the October to December 2018 quarter, there were another three instances where staff were found to have physically harmed a child in care.

However, the ministry has since clarified that "decisive" action has been taken in all instances where harm has been caused by staff, including working with the police to obtain prosecution.

Overall, most of the harm was caused by caregivers.

There were fewer physical harm findings in the second quarter - 62 - and just under half involved whānau, non-whānau or parent caregivers.

The next biggest group found to have caused physical harm was adult whānau members - 17 in the first quarter and 11 in the second quarter.

Caregivers were the abusers in all 35 instances of neglect across the two quarters. They were also the majority of those responsible for emotional harm.

Other children in placements were also responsible for some of the harm.

Of the 36 cases of sexual harm across the two quarters, other children in placements were the abuser in 10 cases.

Six children who were not in placements also caused sexual harm.

Oranga Tamariki has previously said in most cases children were removed from placements where the abuse occurred.

It said in some instances that wasn't necessary to ensure the child's safety and appropriate safety planning was put in place.

In terms of what would happen to abusers, Oranga Tamariki said some would face criminal charges.

Deputy chief executive Hoani Lambert said in a statement that every finding of harm to a child in care was was immediately followed up and disciplinary action had been taken in each instance.

"Oranga Tamariki staff represent a small number of those found to have harmed a child.

"Regardless, even this number is intolerable and in each instance we've taken immediate disciplinary action with those individuals to ensure they're dealt with appropriately."

"This also applies to caregivers, for whom we have set processes to ensure that children are immediately provided with safety and that the necessary action is taken to ensure that the individuals are held accountable."

Mr Lambert said the number of children harmed while in care was unacceptable.