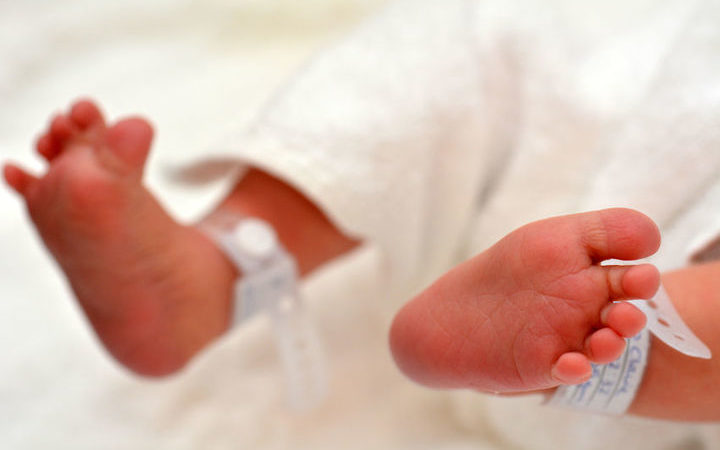 The woman, who did not want to be named, has finally left the hospital, six days after arriving there to get her baby's rash checked for measles.

Test results found the rash was in fact a hormonal issue, but a bruise on the baby's right arm prompted doctors to do an x-ray, which revealed he had suffered a hairline fracture to his right arm.

Questions were raised about how the baby became injured.

The woman has denied any involvement in the injury and said she was told she could not leave with the baby until the injury was investigated.

She woke the next morning to a police officer and a social worker at her hospital bed waiting to question her.

"I asked the social worker what was going on and why she was there and she said the doctor downstairs put in a report of concern for the bruise on him.

"I said I haven't ever hurt him, I don't know why you would call the police on me and she just said, it's just routine [and] the police have to come and talk to you."

She initially took her baby to East Care Accident and Medical Clinic in Botany, where a doctor assessed the baby and referred them to Middlemore.

She said the referral did not mention a bruise on the baby's arm, only that the rash on his body could be a sign of measles.

She also said the bruise appeared only after medical staff had to pin her baby down to do tests.

"The nurse was crying while she was doing it because she said that she hasn't dealt with such a little baby before.

"And I was in the corner with my dad and my dad was hugging me because I was freaking out because my son was screaming."

Police are investigating, but said they could not provide any further comment.

RNZ has also contacted Middlemore Hospital about the allegations, but in a statement it said it could not comment while investigations were underway.

Meanwhile her family, including her sister Kate who was with her the morning police arrived, said they had been left in the dark.

"They've basically said [she] can't leave or they're going to call the police but she's so scared because she's a new mum. They haven't told us anything, they wont release any patient notes [and] it's quite shocking."

The mother said she would never hurt her baby, and believed she had enough evidence to support that.

"All the midwives and the plunket nurses have all said that I'm doing a wonderful job and that he's growing beautifully."

She said she will know what the next step is after a meeting with the police today.

The family has been in touch with a lawyer to make sure the injury is properly investigated.